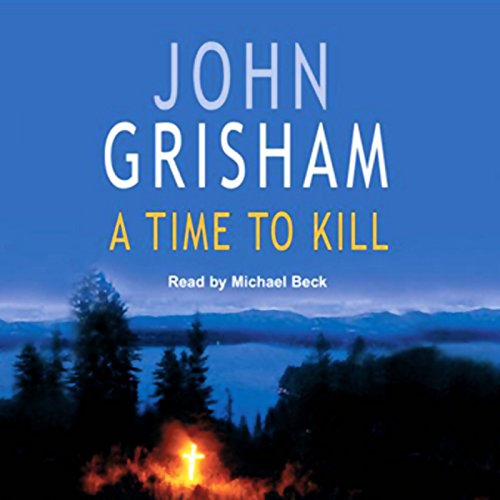 Winner of the British Book Awards, Lifetime Achievement Award, 2007.
When Carl Lee Hailey guns down the hoodlums who have raped his ten-year-old daughter, the people of Clanton see it as a crime of blood and call for his acquittal. But when extremists outside Clanton hear that a black man has killed two white men, they invade the town, determined to destroy anything and anyone that opposes their sense of justice. Jake Brigance has been hired to defend Hailey. It's the kind of case that can make or break a young lawyer. But in the maelstrom of Clanton, it is also the kind of case that could get a young lawyer killed.
©1992 Belfry Holdings, Inc. (P)2005 Random House Audiobooks

What listeners say about A Time to Kill

Read it first, and now really enjoyed the audio

Would you listen to A Time to Kill again? Why?

Yes. It gives one a great perspective on the unfortunate and unnecessary racial problems that are still being practised world wide.

I have the book and this audiobook is incomplete. It's not the whole book

Good story, requires some effort to asimilate it

Nice book, although it can get a bit unclear having so many characters (most of them just side characters, appearing only once). The performance could have been better, to replace the confusion between characters, but all of them sounded the same. Also, is not so easy understandable for non native English speakers.

A Time to Cry

A wonderful book, the real type that will make you cry.
The lawyer that stood up for righteousness, The sheriff that is simply great.