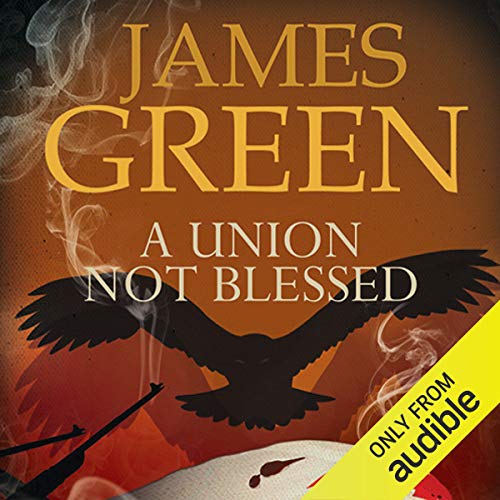 A Union Not Blessed

1805. Thomas Jefferson is about to begin a second term, but with a new Vice President. Aaron Burr, dropped from Jefferson's ticket, is a bitter and resentful man bent on revenge. In Boston, Jean Marie Macleod, a middle-aged lawyer, is a worried man. His young and beautiful wife, Marie, seems restless and dissatisfied. Macleod decides to seek advice from a friend in New York and, while there, meets an old acquaintance, Sebastian Francisco de Miranda, South American freedom fighter, Russian secret agent and adventurer.

This chance meeting sweeps Macleod into a dark and dangerous world of espionage and violence. His young wife, Marie, sets out to discover what has happened to her husband, also falls in with old friends and is sucked into the terrifying vortex. A Union Not Blessed is a story of treason and betrayal by those who founded America and were appointed its guardians, the men who had become the enemy within.

James Green is well known as the author of the Jimmy Costello crime series, the first of which, Bad Catholics, was short-listed for the 2009 Specsavers Crime Thriller Awards. He is married and lives in Nottinghamshire.
©2013 James Green (P)2013 Audible Ltd