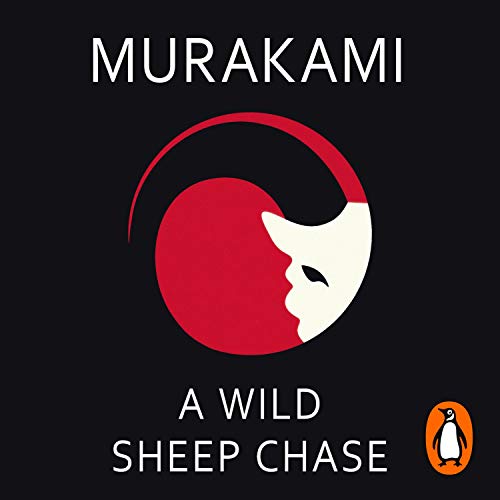 A marvelous hybrid of mythology and mystery, A Wild Sheep Chase is the extraordinary literary thriller that launched Haruki Murakami's international reputation.

It begins simply enough: a 20-something advertising executive receives a postcard from a friend and casually appropriates the image for an insurance company's advertisement. What he doesn't realise is that included in the pastoral scene is a mutant sheep with a star on its back, and in using this photo he has unwittingly captured the attention of a man in black who offers a menacing ultimatum: find the sheep or face dire consequences. Thus begins a surreal and elaborate quest that takes our hero from the urban haunts of Tokyo to the remote and snowy mountains of northern Japan, where he confronts not only the mythological sheep, but the confines of tradition and the demons deep within himself. Quirky and utterly captivating, A Wild Sheep Chase is Murakami at his astounding best.

"A Wild Sheep Chase has the conventional hull of a thriller - a quest, a mystery, an extraordinary woman, and plenty of elegant duress - but its fantastic superstructure transforms it into something quite different...a science fiction fantasy, a romance, a metaphysical tease, or a dramatisation of philosophical ideas." (Independent)

What listeners say about A Wild Sheep Chase

nice book,i dont give reviews but this is making me type out 15 letters so bear with me

If you’re just getting to know Murukami’s work, avoid this narrator. It’s a brilliant book, but this particular narrator makes you not want to listen, this will probably put you off listening and as a result you are likely to miss out on a giant in magical realism. Dexter Galang has the dullest voice; it’s annoying, monotone, and sounds like a pretentious pubescent nerd. Whoever bought his recordings or encouraged him to read must have been tripping balls.

Beautifully written and strange combination of Raymond Chandler and Neil Gaiman. Nicely read in a style that suits.

Shame the narrator rather ruined it. Compared with Mr Harukami’s other books this left me flat.

I didn’t find this book as good as some of Murakami’s other books but I had read Dance Dance Dance and this was its prequel so I listened to it. DDD was much better in my opinion but I’m still glad to have listened to this for continuity’s sake and it was not boring. The narration though I didn’t like. It was very monotonous. Could have been done much better.

The story of this book is good, if not as compelling as "Kafka", but the narrator is awful; lacking in range and with an odd, strained, tone.

I found myself thinking more about how annoying the narrator is than what was going on in the story. Such a shame because this is a book that draws you in and, like Kafka, stays with you - but the narration is very poor.

Not my favourite Murakami novel

I'm not sure why I don't like this more than I do. It is typical Murakami but didn't gel with me. In that respect it is bit of a Shawshank Redemption movie because I don't get that either, though all the correct elements are present in that as well. In this case I fear that it is the narrator who puts me off (it is a rather weak performance compared to some others) but I will have to read the novel myself to determine if that is really true.

Not as good as his other works

Mildly entertaining. Narration is great, but the story itself is a little bland and nonsensical.

Storyline is pretty intriguing. The narration needs a lot of improvement,, monotone, flat, lack of emotion.
I can’t even finish the whole story.