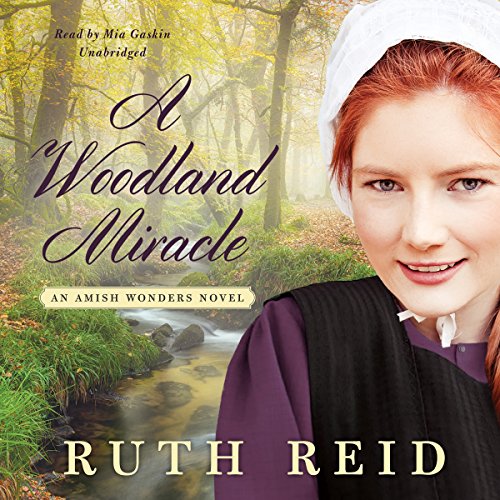 Muscle weakness has left Grace Wagler with a broken body - and her childhood best friend has left her with a broken heart. She can hold her own in the timber camp (and do everything else the other women in Badger Creek can do), but in an Amish district where women outnumber men three to one, marriage is an unlikely prospect for a girl with bad legs.

Ben Eicher just arrived in Michigan from Pinecraft, Florida. When his most recent shenanigans proved too much for his dad's patience, Ben was sent to the Upper Peninsula to work in the lumber camp - and he's neither proud of his behavior nor thrilled about his new home.

But when Ben meets Grace, the struggling young woman quickly piques his curiosity. Of course, the last thing Grace wants is another friendship with a man who pities her. Tired of physical pain and romantic dead ends, Grace is ready to leave Badger Creek for the muscle specialist in Ohio, even if it contradicts her father's wishes... and Ben's.

Meanwhile, two dangerous men have found their way into the district. It isn't long before their unsavory plans ensnare Grace and Ben in a chase that will not only endanger their lives but test their love.

I liked about half of this story, but there was too much violence and darkness for me. And the main female character seems to have a bad case of acid reflux! I got tired of hearing about acid rising in her throat when she had bad feelings. Seriously? It was otherwise good.

The narrator has improved since the previous book and did a good job.

a sweet story of God's grace and forgiveness and love. I enjoyed the performance. I would recommend.

narrator did a wonderful job!!!

this is a fantastic book!! full of suspense and keeps you on the edge of your seat in a wonderful way. you won't want to put it down. the narrator did such a great job!!

but some parts annoyed me. I know they are Amish but I had a hard time believing even Amish people would not defend their own lives and make some stupid choices like Grace did.

I liked this story. There was a lot of suspense. I gave it 4 stars only because it took me a little while to get hooked on the beginning. Despite it’s slow start, it ended up being full of suspense and danger and was a good love story. The author has a good imagination. Narrator did a Great job too. I am already downloading the next in the series, and plan to read all of this author’s other books.

I am a huge fan of Anish fiction and this one did not disappoint. I couldn't put my iPhone down all day.

always on your toes waitting to find out what's next. touches the heat and toy can feel weekday is happening. God has no exceptions.