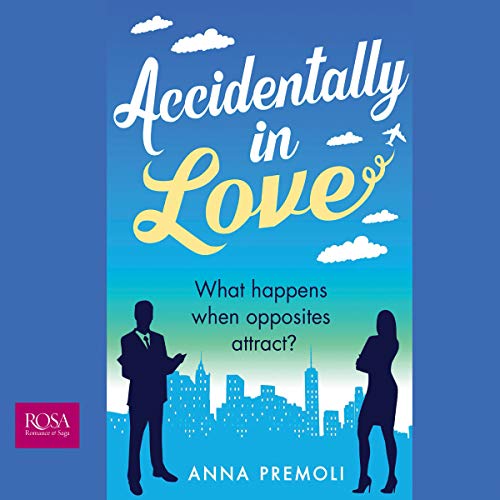 Sara Di Giovanni is a successful lawyer in New York City: she is the star of her profession, an excellent role model to her very vivacious little sister, but has so far been unlucky in love.

Ethan Phelps is the rich playboy troublemaker whose only talents in life are spending money and dating women.... That is until Ethan's father dies with no will to his name, leaving his two sons the legal heirs to his billion-dollar company.

Sara is forced to become the court-appointed guardian to handle Ethan's share of the fortune, as his family do not trust him to manage it himself. Sara thinks it should be easy, but it's not so simple when Ethan is determined to get rid of her by whatever means necessary.

What ensues is a dramatic and hilarious power play between Sara and Ethan...but what will happen when feelings start to get in the way?

What listeners say about Accidentally in Love

Awful just never seems to get started and just goes and goes with no real plot... I finally stopped listening. I usually give books every chance but even with my undivided attention in the car, I couldn’t listen. No voice changes. Sorry this was a no go.