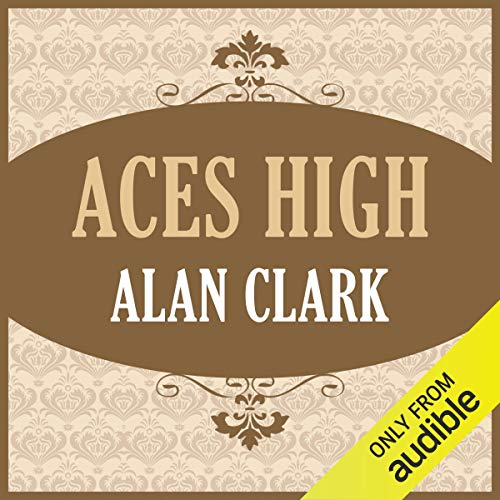 Aces High serves to remind us that, if not an entirely scrupulous politician, nor a perfect husband, Alan Clark really was a superb military historian.

There has evolved something of a myth about the war in the air between 1914-1918. The myth goes that, while in the filth and gore of the trenches below any idealism and chivalry quickly sputtered and died, in the purer air above the last noble heroes battled in one-to-one dogfights like knights of old. It is a myth that Clark shoots down in flames, with characteristic iconoclasm.

One of the great RFC aces was Mick Mannock, famed for his encounter with a training instructor, out in a formation of six, with five of his very green-horned pupils. Mannock first shot down the instructor and then ruthlessly pursued each of the novices and shot them down one by one. This wasn't chivalry, it was war, and although more elegant to watch, it was every bit as lethal as Passchendaele.

There are a couple better but several not as good

This book is a good general lay of the land type story. It include some basic info on planes, training, personal dog fight stories, ace and unit history. Kind of all over the place but in a good way. It snakes and flows well. I enjoyed it. The readers accent went well with the air war over Europe subject matter. I knocked one star because I thought it would be more exclusively about ace’s and their stories of flying and recounts of combat. Based of the name that is what I thought this would be. For WW1 flying stuff on audible... it’s near the top. It’s not to long, it’s cheap. Good buy if you are out of credits. Would recommend.

A book spoilt my the narrator