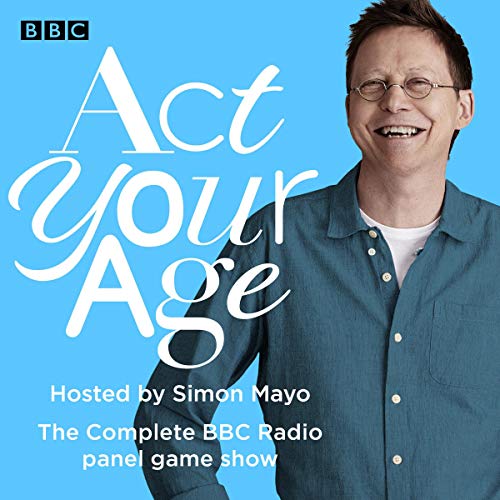 The BBC Radio 4 comedy panel show that pits three comic generations against each other, presented by Simon Mayo.

Simon Mayo hosts a comedic battle between three teams to find out which is the funniest generation. Will the Up and Comers, the Current Crop or the Old Guard be crowned as the Golden Age of Comedy?

In these 18 episodes, the contestants share their favourite jokes, trade comedic banter and go up against each other in quickfire rounds including ‘Generation Why’, in which they use stand-up to point out the shortcomings of their generation, ‘Against the Clock’, where two comedians compete against each other to get their laughs in the shortest time and ‘Dear Simon’, which sees the panellists turn agony aunt (or uncle) to try and solve a listener’s problem.

Devised and produced by Ashley Blaker and Bill Matthews.

What listeners say about Act Your Age

Each episode has one or more weak comic and therefore too many cringe~worthy moments. Could not finish the series.

Comedy at its best

Different generations of comedians all cracking jokes, trying to outdo the others, found myself laughing out loud at odd times during the listen. Would recommend