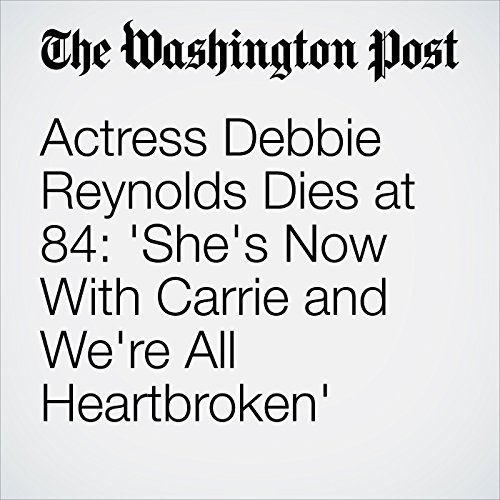 Actress Debbie Reynolds Dies at 84: 'She's Now With Carrie and We're All Heartbroken'

Her death comes one day after the death of daughter Fisher, who was 60 and had suffered an apparent heart attack on Friday. Reynolds was rushed to the hospital on Wednesday, where she died, her son, Todd Fisher, told the Associated Press.

"Actress Debbie Reynolds Dies at 84: 'She's Now With Carrie and We're All Heartbroken'" is from the December 29, 2016 Entertainment section of The Washington Post. It was written by Elahe Izadi and narrated by Jenny Hoops.