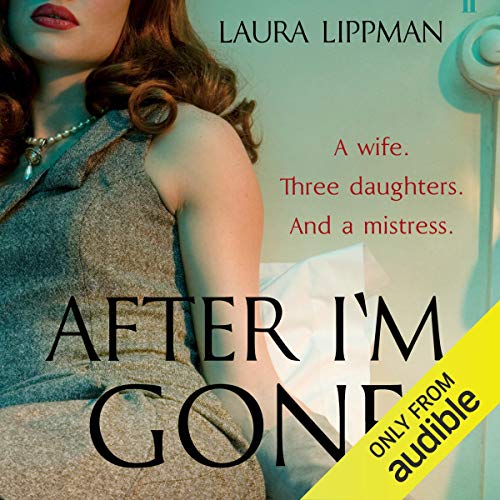 The acclaimed New York Times best-selling author of The Most Dangerous Thing, I'd Know You Anywhere, and What the Dead Know returns with an addictive story that explores how one man's disappearance echoes through the lives of the five women he left behind - his wife, his daughters, and his mistress.

Dead is dead. Missing is gone.

When Felix Brewer meets 19-year-old Bernadette 'Bambi' Gottschalk at a Valentine's Day dance in 1959, he charms her with wild promises, some of which he actually keeps. Thanks to his lucrative - if not all legal - businesses, she and their three little girls live in luxury. But on the Fourth of July in 1976, Bambi's comfortable world implodes when Felix, facing prison, vanishes. Though Bambi has no idea where her husband - or his money - might be, she suspects one woman does: his devoted young mistress, Julie. When Julie disappears 10 years to the day after Felix went on the lam, everyone assumes she's left to join her old lover - until her remains are discovered in a secluded park.

Now, 26 years later, Roberto 'Sandy' Sanchez, a retired Baltimore detective working cold cases for some extra cash, is investigating her murder. What he discovers is a tangled web of bitterness, jealousy, resentment, greed, and longing stretching over five decades. And at its center is the man who, though long gone, has never been forgotten by the five women who loved him: the enigmatic Felix Brewer. Felix Brewer left five women behind. Now there are four. Does at least one of them know the truth?

"Lippman writes with clarity and power." (Stephen King)
"One of the best novelists writing today." (Tess Gerritsen)
"Laura Lippman is not just the author of top-notch psychological thrillers, she is one of the finest writers in America." (Mark Billignham)
"What a knock-out she is. A really superb multifaceted storyteller whose Baltimore-based crime and suspense novels are so much more than mere whodunits." (Daily Mail)

What listeners say about After I'm Gone

The book was great when it got going

What made the experience of listening to After I'm Gone the most enjoyable?

I loved all the women’s individual stories. Each one had a true story to tell.

I did it in 3 sittings, I would have done it in one sitting if I could.

Would you listen to After I'm Gone again? Why?

Yes, i'd listen to it again because even though I now know who dun it, I'd find lots to enjoy thanks to Linda Lippman's superior writing and her well-drawn characters..

What other book might you compare After I'm Gone to, and why?

It's a little like the works of Scott Turow - Presumed Innocent for example, as it has the focus of a thriller but with several interesting, fallible characters and a non-linear plot.

Have you listened to any of Linda Emond’s other performances? How does this one compare?

I'd never heard her before but i like her very much and will seek out books with her as the narrator.

I can't think of anything smart right now.

It's great to hear a thriller which is well written with authentic-sounding dialogue and a cast of characters you can relate to in one way or another. I actually cried at the end! I'll certainly be listening to and reading more of Laura Lippman's work.

Whilst not 'great' this was a very enjoyable story with good character development. The story has three main timelines and a number of characters so it can be a bit confusing at times. Tha narrator does a lovely job. The mystery is really secondary to the story of all the main characters and I found the ending very satisfying. I look forward to reading another book by Laura Lippman.