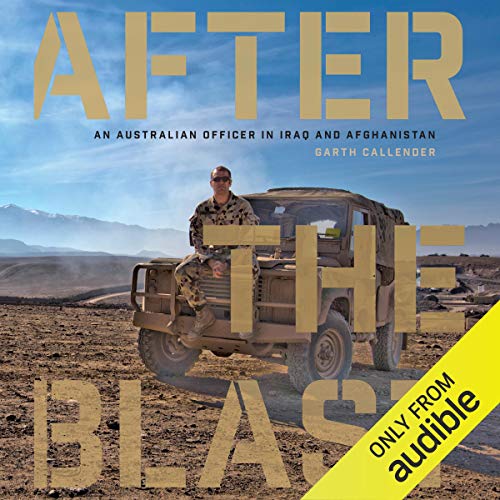 A very Australian story of heroism and healing.

In 2004 Garth Callender, a junior cavalry officer, was deployed to Iraq. He quickly found his feet leading convoys of armoured vehicles through the streets of Baghdad and into the desert beyond.

But one morning his crew was targeted in a roadside bomb attack. Garth became Australia's first serious casualty in the war.

After recovering from his injuries, Garth returned to Iraq in 2006 as second-in-command of the Australian Army's security detachment in Baghdad. He found a city in the grip of a rising insurgency. His unit had to contend with missile attacks, suicide bombers and the death by misadventure of one of their own, Private Jake Kovco.

Determined to prevent the kinds of bomb attacks that left him scarred, Garth volunteered once more in 2009 - to lead a weapons intelligence team in Afghanistan. He was helicoptered to blast zones in the aftermath of attacks and worked to identify the insurgent bomb-makers responsible.

Revealing, moving, funny and full of drama, Garth Callender's story is one of a kind.

What listeners say about After the Blast

loved the insight into Australians in the middle east. Very interesting look inside the military.

awesome insight into untold sections of recent military history, thank you for your story and service

I Enjoyed this book. It’s good to read a military book with out the author going all gung ho.