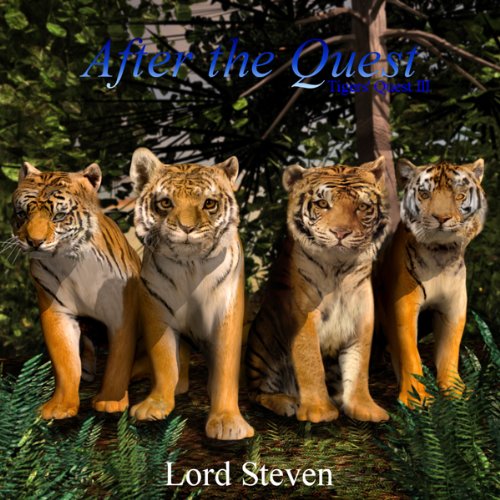 After the Quest (Dramatized)

Firberan, Joshua, Claira, and Windie: Four tiger cubs barely seven months old. Too young, too inexperienced, and the odds are against them. Once, many humans came to this part of India with their guns and took a terrible toll. This was called "The Great Slaughter". Many years passed before humans were seen again, but return they did. Now, humans and animals find themselves vying for the same land, the Indian government bent on resettling villages into what was once jungle territory.

Clashes were inevitable, and they were becoming more frequent. These clashes eventually lead to the death of both Tiggra and Clairese, two Royal Bengal tigers. Their cubs, finding themselves left alone, must struggle to survive in a world increasingly hostile toward their existence. Too young, too inexperienced, and with the odds against them, Firberan and his siblings are traumatized after having just witnessed the death of their mother by the Killers' fire-stick....

From the novel by Lord Steven. A full-cast audio drama, featuring music and songs by Jared Cowing.