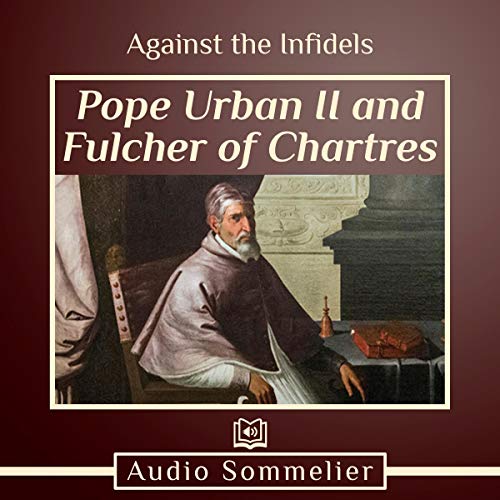 "Against the Infidels” is Fulcher of Chartres' eyewitness account of Pope Urban II’s call-to-arms in 1095. This speech launched the First Crusade, but the several historical transcripts record it slightly differently. Fulcher’s account includes a section in which Urban assures crusaders they would be granted redemption from sins in exchange for their service. His is considered the most definitive eyewitness record of the speech, in contrast to Robert the Monk’s more dramatic interpretation of the event.

What listeners say about Against the Infidels

A wonderful book that I found to be developmental and maturative for a young man coming of age such as myself. I found this book relatable and generally well written. I further highly recommend this book.