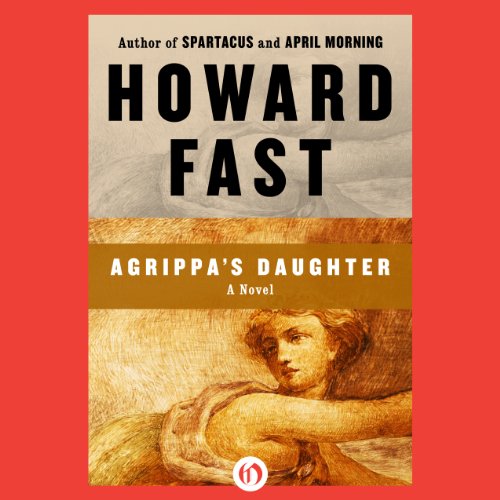 Bestselling author Howard Fast's riveting portrait of Israel's strong and beautiful Queen Berenice, whose life story is one of the ancient world's greatest romances. Throughout her rule in the first century AD, Queen Berenice is idolized by some, and hated by others. Though her fiery red hair makes her instantly recognizable, it is her mysterious charm and steely will that make her unforgettable. The daughter of Israel's King Agrippa I, Berenice is determined to free the kingdom of Israel from the shadow of the Roman Empire. But her plans are derailed after her husband, Shimeon, dies during a bloody civil war. When Berenice falls in love with Titus, son of the Roman Emperor, they devise an impossible plan to join the ruling lines of Rome and Israel.

A master of gripping historical fiction, Howard Fast brings the ancient world to vivid life in this enthralling, epic drama.

This audiobook by Howard Fast, the renowned author of Spartacus and Communist sympathizer who was jailed for standing up to the House Un-American Activities Committee is historically based in the Rome of 100 years after Spartacus. This is a time of squashed revolution among the Jewish people. It follows Berenice the daughter of Herod Agrippa, a Jewish client Queen of the Roman province of Judea who had a relationship with Titus Flavius, emperor of the Rome that destroyed the second temple and persecuted the Jews. Susannah Tyrell gives a dramatic, distinguished performance of the material. Her slight British accent and graceful elocution bringing the listener into this opulent story.

What disappointed you about Agrippa's Daughter?

I thought I'd learn something about the lives of Jews in the 1st century under the Romans. What I did learn is more than anyone would needs to know about circumcision! There is just not enough documented history about Berenice for a good story. Howard Fast seems to have taken a whole 'nother approach to historical fiction. Instead of giving us an enlightened view of the people, places and things of that era, I feel as though I just listened to a 1st century "reality" show, where everyone is as ghetto or country or trailer-trashy as they can be!

Would you ever listen to anything by Howard Fast again?

Yes, I've read some of his other books so I know he's a good writer. I just can't figure out how THIS one garnered 5-stars.

Who would you have cast as narrator instead of Susannah Tyrrell?

What character would you cut from Agrippa's Daughter?

AGRIPPA'S DAUGHTER!!! She is the most unlikeable, unsympathetic character that I've ever had the misfortune to come across.

I'm going to have go back to my criteria of buying books that have positive WRITTEN reviews. This is the second book in as many weeks in which I am the first Audible listener to give it a review. It is not a mistake I will make for a THIRD time.