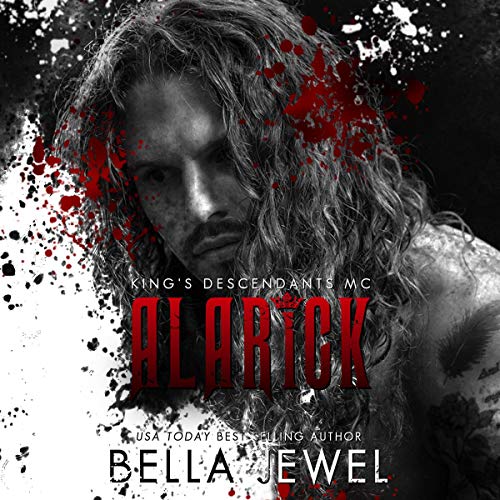 Briella’s life has never been perfect, but she’s always been exactly where she wanted to be. Then her mother marries into the King’s Descendants Motorcycle Club, and everything changes. Her new step brother and friend Alarick is the only thing keeping her sane as she discovers the club and all the dangers it holds, finding herself tangled in a world she can’t even begin to comprehend.

When tragedy strikes, Briella knows she needs to run. She leaves everyone behind and starts a new life. But then she’s forced to go back - to the place she vowed never to return to, a place where Alarick is now president and her sister is now missing, a place where pain hides in the darkest corners, secrets and lies fill all the broken gaps, and happiness is a deadly trap...a place where he does not want her.

But Briella will return with her own secrets and face the man she ran from. She will enter a world so much darker than she remembers. She will go back to where it all began: the King’s Descendants Motorcycle Club.

What listeners say about Alarick

WELCOME BACK BELLA💞!!!!
I love Bella Jewel and her return to MC Romance is off to a great start.
The lead female is way too Whitney for me, but that is just the characters personality.
Samantha Summers delivers a stellar performance!!
So excited for more to come from one of my favorite MC authors👏👏👏👏👏

This was so. originally I skipped through the chapters of word vomit only to end up dangling in a cliffhanger! Wasted read!

I enjoyed this story emmensley, but what it dosnt say is it's a cliffhanger. I wish I had known before hand then I might have brought both books together. So it's frustrating lack of thought on someone's part.
But in saying all of that it's a truely a great story, Its explosive,
emotional and the whole story just really will have you on the edge. But be aware and alert the story keeps changing from the now to present... different the narrator did a great job I thought