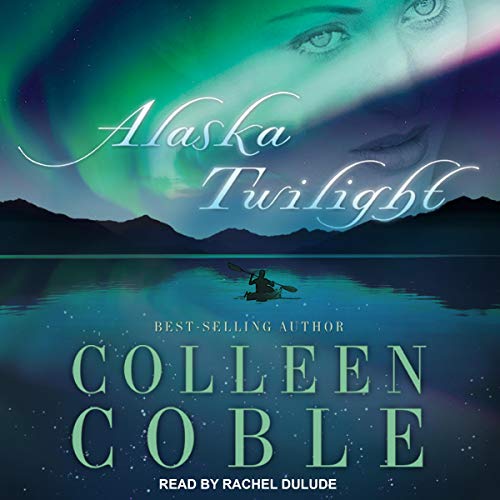 "You hide behind your camera instead of stepping out and engaging life with both hands. You're so afraid you'll fail at something, you won't even try."

For some people, Alaska is a breathtaking wilderness adventure, full of light and beauty. For Haley, it is a dangerous world of dark dreams and tortured memories. On the surface, she's here to document wildlife activist Kipp Nowak's bear encounters. But her real reason is to unearth the truth about a past murder. The suspense mounts when another body turns up, and Haley begins to wonder if the tragedies she experienced in the past are connected to the dangers and mysterious incidents of the present.

From behind her camera, Haley observes it all, including Tank Lassiter, the wildlife biologist who has been forced to lead Kipp and his team into the Alaskan backcountry. As she watches him with his work, she feels a growing attraction. It will take great courage and faith to confront the truth she once ran away from. Before it's over, Haley may be viewing herself from an entirely new angle.

Alaska Twilight is the story of a young woman's emergence from the shadows of past sorrow into the light of forgiveness and grace.

What listeners say about Alaska Twilight

Captivating story. I found myself cleaning house, driving farther than needed in order to not stop listening.

I really liked this book and would love to listen to it again narrated by a more professional person. The jerky ‘reading’ was really a distraction from the book! I had to rewind and listen over and over. Sorry Rachel.

Loved the story and Christian elements; Hated the narration!

The story was great: I loved the suspense, the ending was surprising, she had great character development, and the Christian elements were powerful without being preachy.
The narration was almost unbearable: Her Shatner-like, overly-dramatic pauses, over-emphasis on random words, and wildly-fluctuating reading rate, was distracting from the first minute of the book. The only thing that made it bearable was listening at 1.2x speed. (1.1x was STILL too slow.)

It took me half the book to really understand and get interested in the characters. Not the best of her books.

Loved the storyline. it has a nice mix of action, mystery, romance and faith. What I didn't love was the voices the narrator used for the characters. Her narrative voice was great but when she spoke as a character ut was very distracting.

I’m not into that Christian sort of thing and didn’t realize it was a Christian book when I ordered it. However, the author doesn’t come on real heavy and strong with it so for me, it didn’t detract from the story. I thought it was a pretty good overall.

Loved One Little Lie, so tried this one. Too many characters. And it took too many chapters to get to the exciting parts. Disappointing. I’ll try another Coble book before giving up on her.

The author does a great job at keeping you guessing till the end and the narrator does such a wonderful job that you think there is more than one narrator.

Great book, miss Devin O Day
Please get her back to your books, thank you