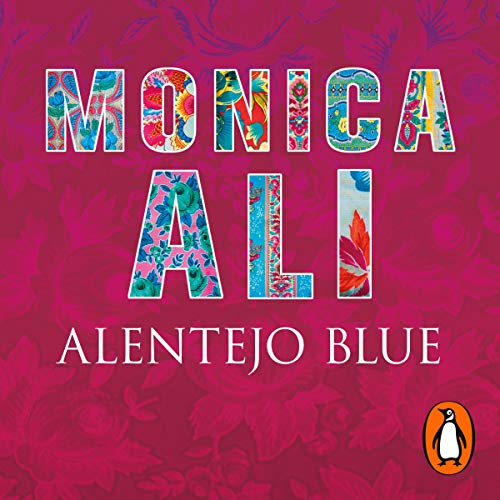 Alentejo Blue is the story of the picturesque village of Mamarrosa told through the lives of those who live there and those who are passing through, children and old men, expatriates of all ages, tourists and locals.

For some, such as Teresa, a beautiful, dreamy village girl, it is a place from which to escape; for others, such as the dysfunctional Potts family, it is a way of running from trouble (but not eluding it). Vasco, a cafe owner who has never recovered from the death of his American wife, clings to a notion that his years in the States make him superior to the other villagers. One English tourist makes Mamarrosa the subject of her fantasy of a new life, while for her compatriots, a young engaged couple, Mamarrosa is where their dreams finally fall apart.

At the book's opening an old man reflects on his long and troubled life in this beautiful and seemingly tranquil setting, and anticipates the return of Marco Afonso Rodrigues, the prodigal son of the village and a symbol of this now fast-changing world. This homecoming continues as a subject of much speculation, and when Marco Afonso Rodrigues does finally appear, villagers, tourists, and expatriates are brought together and jealousies, passions, and disappointments collide.

After the wonderful Brick Lane I was expecting good things from this. I was really disappointed. Very average.