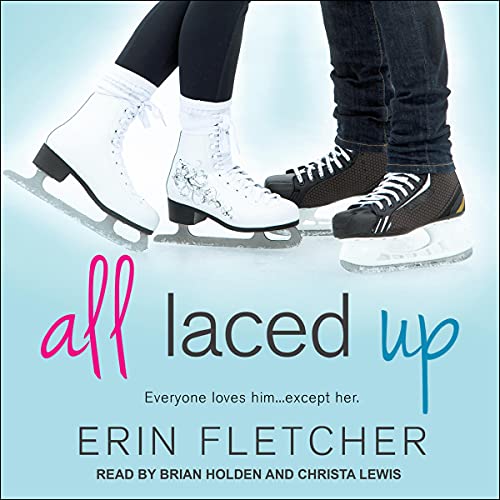 Everyone loves hockey superstar Pierce Miller. Everyone except Lia Bailey.

When the two are forced to teach a skating class to save the rink, Lia's not sure she'll survive the pressure of Nationals and Pierce's ego. Not only can't he remember her name, he signed her bottle of water like she was one of his groupies. Ugh.

But if there's one thing Lia knows better than figure skating, it's hockey. Hoping to take his ego down a notch - or seven - she logs into his team website under an anonymous name to give him pointers on his less-than-stellar playing.

Turns out, Pierce isn't arrogant at all. And they have a lot in common. Too bad he's falling for the anonymous girl online. No matter how much fun they're starting to have in real life, she's afraid he's going to choose fake-Lia over the real one....

What listeners say about All Laced Up