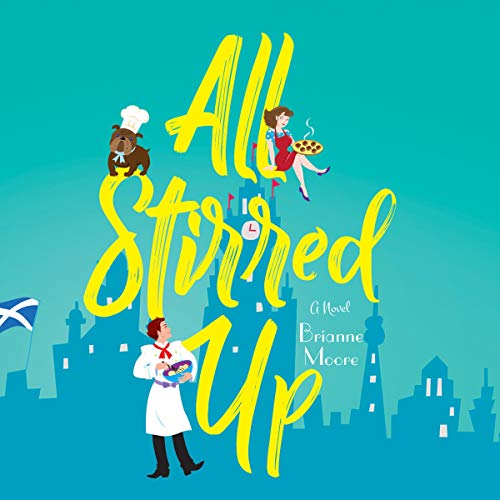 Susan Napier's family once lived on the success of the high-end restaurants founded by her late grandfather. But bad luck and worse management has brought the business to the edge of financial ruin. Now it's up to Susan to save the last remaining restaurant: Elliot's, the flagship in Edinburgh. But what awaits Susan in the charming city of Auld Reekie is more than she bargained for. Chris Baker, her grandfather's former protégé - and her ex-boyfriend - is also heading to the Scottish capital.

After finding fame in New York as a chef and judge of a popular TV cooking competition, Chris is returning to his native Scotland to open his own restaurant. Although the storms have cleared after their intense and rocky breakup, Susan and Chris are redrawn into each other's orbit - and their simmering attraction inevitably boils over. As Chris's restaurant opens to great acclaim and Susan tries to haul Elliot's back from the brink, the future brims with new promise.

But darkness looms as they find themselves in the crosshairs of a gossip blogger eager for a juicy story - and willing to do anything to get it. Can Susan and Chris reclaim their lost love, or will the tangled past ruin their last hope for happiness?

What listeners say about All Stirred Up

I bought this title because I love this particular narrator, so I hoped I'd like the story. I wasn't disappointed! It was a great story that held my interest all the way through. I look forward to another!

This is the best Romantic Comedy book I have listened to for a long time. The characters are flawed but redeemable and I found myself caring about them. The food the chef’s made, made me we want to book a table at an innovative restaurant and get experimenting in the kitchen myself! I thought Mary Jane Wells read at a good pace and with lots of passion for the story and the food. The characters sound distinct and she doesn’t read the men’s characters with too deep or gruff a tone. Be warned though you will break your diet while listening to this!