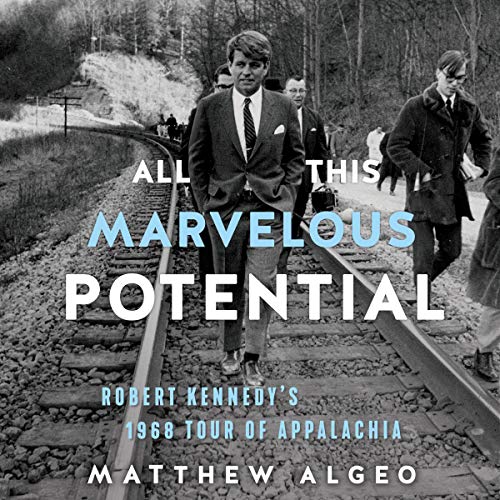 All This Marvelous Potential

In the winter of 1967-68, Robert F. Kennedy, then a US senator from New York, ventured deep into the heart of Appalachia. As acting chairman of a Senate subcommittee on poverty, RFK went to eastern Kentucky to gauge the progress of the War on Poverty. He was deeply disillusioned by what he found. Kennedy learned that job training programs were useless, welfare programs proved insufficient, and jobs were scarce and getting scarcer. Before he'd even left the state, Kennedy had determined the War on Poverty was a failure - and he blamed Lyndon Johnson.

Robert Kennedy wasn't merely on a fact-finding mission, however; he was considering challenging Johnson for the Democratic presidential nomination, but he needed support from white voters to win it. His trip to eastern Kentucky was an opportunity to test his antiwar and antipoverty message with hardscrabble whites. Kennedy encountered deep resentment in the mountains, and a special disdain for establishment politicians. A month after his visit, RFK officially announced he was challenging Johnson for the Democratic nomination. Four months after his visit, he was murdered. He was 42.

All This Marvelous Potential retraces RFK's tour of eastern Kentucky and provides a new portrait of the politician - a politician of uncommon courage who was unafraid to shine a light on our shortcomings.