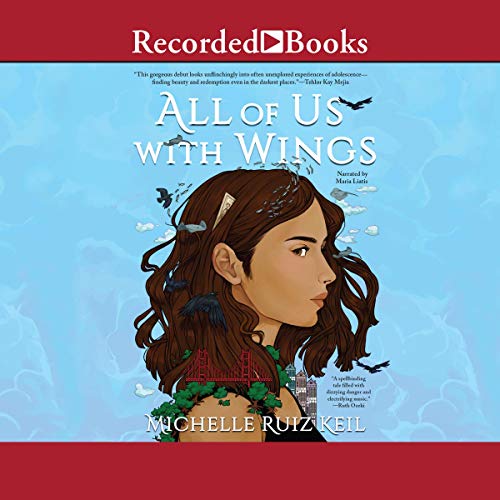 Michelle Ruiz Keil's #OwnVoices debut is a literary YA fantasy about love, found family, and healing - an ode to post-punk San Francisco through the eyes of a Mexican-American girl.

Seventeen-year-old Xochi is on her own in San Francisco, running from a painful past. On a visit to Golden Gate Park, she meets Pallas, a precocious 12-year-old with a rockstar family that lives in one of the city's storybook Victorian mansions. Xochi accepts a position as Pallas's live-in governess and quickly becomes part of the band's household, fascinated by their free-love philosophy and the happy calm that balances out their glamorous music personas.

But on the night of the Vernal Equinox, as a concert afterparty rages in the house below, Xochi and Pallas perform a pagan ritual that unintentionally summons a pair of ancient creatures devoted to righting the wrongs of Xochi's adolescence. She'd do anything to preserve her new life, but the nightmares of her past are never far behind: the mother who abandoned her, the man who betrayed her, and the loving grandmother whose death left Xochi alone in the world.

With the creatures determined to exact vengeance on those who've hurt her, no one in Xochi's life is safe - not the family she's chosen, nor the one she left behind.

What listeners say about All of Us with Wings

Could use a fresher approach to Magical Realism.

2.5 stars, due to Excellent Narrator. Pal and Pease were my favorite perspectives and the reason why I stuck it out. Story included traditional elements of genre that could've been subverted, but it didn't get all the way there.
why? spoilery stuff ahead:


Few of the characters actually had the maturity to take those actions. Ky came close, so close. Still, I do feel like the author could have had someone in the cast courageous enough to say, "this is wrong and you two need to stay apart if you can't keep it on the level, or until Xo really grows up." despite her past, Xo isn't fully grown. She shouldn't have been solely responsible for Pal, which was addressed. what wasn't addressed was that she definitely should have been given her own time and space to figure out her life instead of being dragged along to places where she might be in trouble, of the life-endangering variety. An irresponsible found family doesn't make for a safe haven, no matter the background or circumstances. The ending was entirely too blase. I think Xo should have traveled to visit Collier and pay respects to Loretta, maybe with Gina. Pal and Anna and Nora could have went on their fun trip. Lev and Io could have actually had some sort of relationship reconnection, to try to live together, not around each other. And Pease could have the nap in warm sunbeams he deserves.