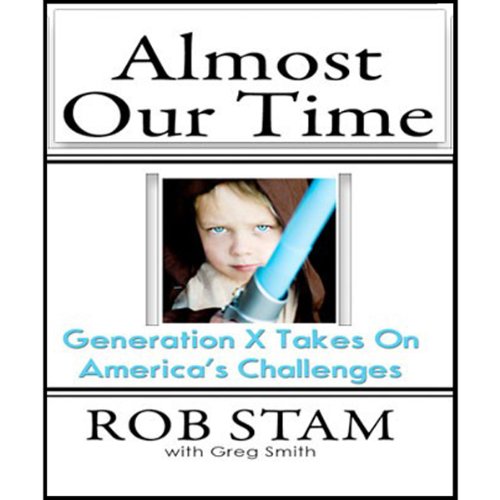 "Generation X" grew up with Star Wars, prepared to deal with the problems of a fantasy universe. They also grew up during the longest period of economic growth in American history. When the first Star Wars movie came out, the Dow Jones Industrial Average was around 900 points; when the last movie was released it was more than 10,000. Their parents' 401ks got fat and the little houses they had collected Star Wars toys in became worth 10 times what Mom and Dad had paid for them.

Now Gen Xers are in their 30s and 40s and starting to run for Congress and to run major corporations. As the legions of Baby Boomers retire to live out their eternal "hipsterness" with megadoses of Viagra and iPod's full of classic rock, the Star Wars kids are going to take their turn leading America. Are they ready?

Rob Stam rode the wave of the last two bubble economies, with luxury houses, cars and toys before he was 30 years old. He lost it all in bankruptcy court and became a cautionary tale of easy times and easy credit. He learned the hard way that the values and way of life of his grandparents are timeless truths that made America great.

In Almost Our Time, he argues that Generation X is assuming leadership of a very different country than the one they grew up in. Even so, if the Star Wars generation will learn and apply classic American principles, they can defeat the "Debt Star" and other real-world problems and pass on a better nation to their children.

I found the book interesting and I see how being a end of the Boom Generation fit into some of the Gen X issues. It is well beyond the X time and now we have moved to Y and Z or something like that. But we can see how accelerated or increased some of the issues are moving forward. Technology is moving fast and the world's boundaries no longer exist but this book laid out a good stepping stone to understand where the generation moved.