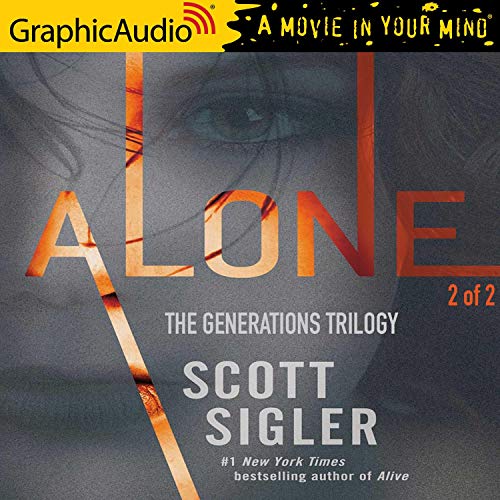 In the part two of this final installment of an exhilarating sci-fi adventure trilogy in the vein of the Hunger Games, Divergent, and Red Rising, Scott Sigler’s unforgettable heroine, Em Savage, must come to grips once and for all with the perilous mysteries of her own existence.

“We thought this place was our destiny - not our doom.”

Pawns in a millennia-old struggle, the young people known only as the Birthday Children were genetically engineered to survive on the planet Omeyocan - but they were never meant to live there. They were made to be “overwritten”, their minds wiped and replaced by the consciousnesses of the monsters who created them.

Em changed all of that.

She unified her people and led a revolt against their creators. Em and her friends escaped an ancient ghost ship and fled to Omeyocan. They thought they would find an uninhabited paradise. Instead, they found the ruins of a massive city long since swallowed by the jungle. And they weren’t alone. The Birthday Children fought for survival against the elements, jungle wildlife, the “Grownups” who created them...and, as evil corrupted their numbers, even against themselves.

With these opponents finally defeated, Em and her people realized that more threats were coming, traveling from across the universe to lay claim to their planet. The Birthday Children have prepared as best they can against this alien armada. Now, as the first ships reach orbit around Omeyocan, the final battle for the planet begins.

What listeners say about Alone (2 of 2) [Dramatized Adaptation]

Great performance of a great work

Sigler and graphic audio always deliver! I would definitely recommend this and their other titles!