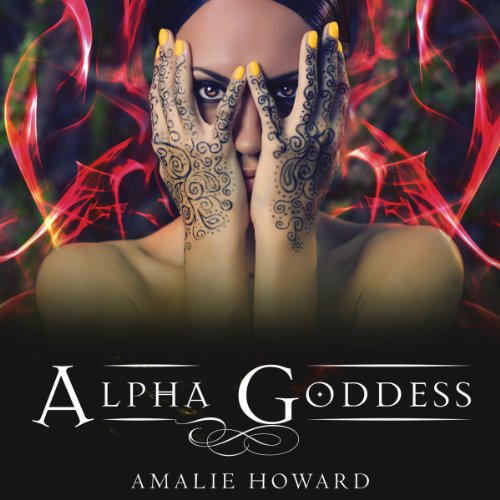 In Seraphine Caelum’s world, gods exist. So do goddesses. Sera knows this because she is one of them. A secret long concealed by her parents, Sera is Lakshmi reborn, the human avatar of an immortal Indian goddess rumored to control all the planes of existence - Illysia (the Light Realm), Earth (the Mortal Realm), and Xibalba (the Dark Realm). Marked by the sigils of both heaven and hell, Sera’s avatar is meant to bring balance to the mortal world, but all she creates is chaos. A chaos that Azraiel, the Asura Lord of Death, hopes to use to unleash hell on earth.

Torn between reconciling her past and present, Sera must figure out how to stop Azraiel before the Mortal Realm is destroyed. But trust doesn’t come easy in a world fissured by lies and betrayal. Her best friend Kyle is hiding his own dark secrets, and her mysterious new neighbor, Devendra, seems to know a lot more than he’s telling. Struggling between her opposing halves and her attraction to the boys tied to each of them, Sera must become the goddess she was meant to be, or risk failing, which means sacrificing the world she was born to protect.

Retellings of classic fairy tales and Greek myths are becoming staples in the YA and adult fiction genres, and now Amalie Howard, author of the popular Bloodspell, brings the myth of Rama and Sita’s love story to an exciting new level. Howard’s stunningly fresh voice and imaginative characters promise to make Alpha Goddess an exciting addition to the young adult fiction world. Aimed at readers ages 13 to 17, both girls and boys will relate to Sera's and Kyle's realistic teen persona and dilemmas while learning more about a famous Hindu myth.

What listeners say about Alpha Goddess