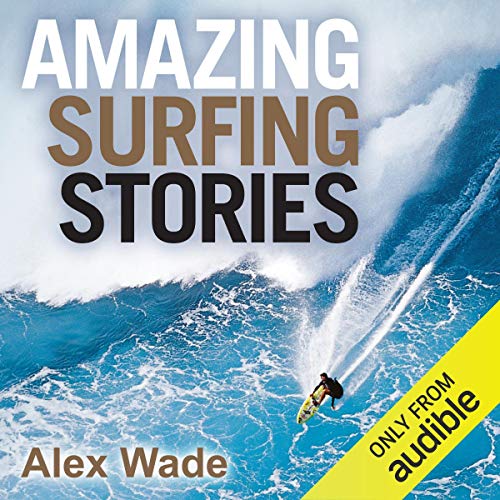 An eclectic mix of exciting stories every surfer will love. This eclectic mix has something for everyone, from classic tales of monster waves and epic battles to stories of when life among the breakers goes wrong. There are accounts of death and disaster, as well as bravery and triumph. The bizarre and the extreme rub shoulders with perfect breaks and beautiful beaches. Be thrilled by legendary surfers like Laird Hamilton and Shane Dorian as well as learning about local heroes who never made the headlines. Epic battles among pros like Rob Machado and Kelly Slater are recounted alongside stories of weird waves and secret surf spots.

There are fascinating encounters with surfing’s true characters, men like Dave Rastovich and big wave world record holder Garrett McNamara; appearances by deadly sharks; stories of big wave surfing by night; and an account of how Agatha Christie’s famous disappearance for 11 days in December 1926 might just have been because she was on a surf trip. Travel from giants like California’s Maverick’s and Maui’s Jaws to tales of Dungeons, dolphins and the derring–do of a man like Colonel ‘Mad Jack’ Churchill. Turn the pages to flick between the left and rights of Britain, Europe, USA, Australia and many strange places in between. Each compelling tale has been chosen to stoke the fire of armchair surfers and hardcore wave–riders alike, and some are illustrated with colour photographs.

"Expect an exhilarating ride alongside surfing legends." (Coast)
"With tales of monster waves, deadly sharks and perfect breaks, this book alone gets every surfer stoked – even if there isn’t a wave in the sea" (Cornwall Today)
"Entertainingly written and painstakingly researched there’s something for everyone" (Carve Surfing)

If I'd understood more of what was being talked about and if there was more humour.

I guess you have to be into surfing to get this book. I'm not and didn't find it at all funny or interesting. I don't blame Mark Meadows. I've heard another book he's read and thought that was okay.