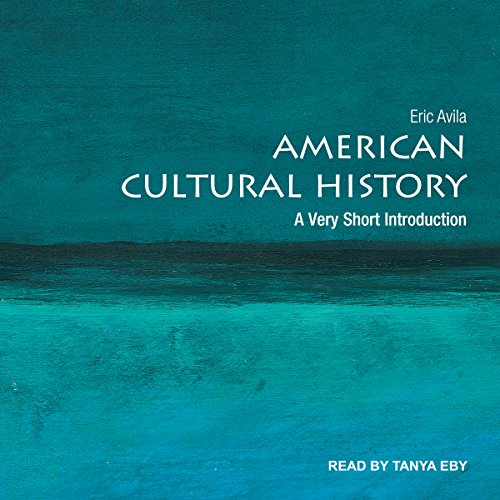 The iconic images of Uncle Sam and Marilyn Monroe, or the "fireside chats" of Franklin D. Roosevelt and the oratory of Martin Luther King, Jr.: These are the words, images, and sounds that populate American cultural history.

From the Boston Tea Party to the Dodgers; from the Blues to Andy Warhol; from dime novels to Disneyland, the history of American culture tells us how previous generations of Americans have imagined themselves, their nation, and their relationship to the world and its peoples.

This Very Short Introduction recounts the history of American culture and its creation by diverse social and ethnic groups. In doing so, it emphasizes the historic role of culture in relation to broader social, political, and economic developments. Across the lines of race, class, gender, and sexuality, as well as language, region, and religion, diverse Americans have forged a national culture with a global reach, inventing stories that have shaped a national identity and an American way of life.

My title says it all. It is a short book that covers a huge amount of terrain, all from the vantage point of political correctness and identity politics. Like so many other books published these days, if you’re on the left you’ll love it, And if you’re on the right you’ll hate it.