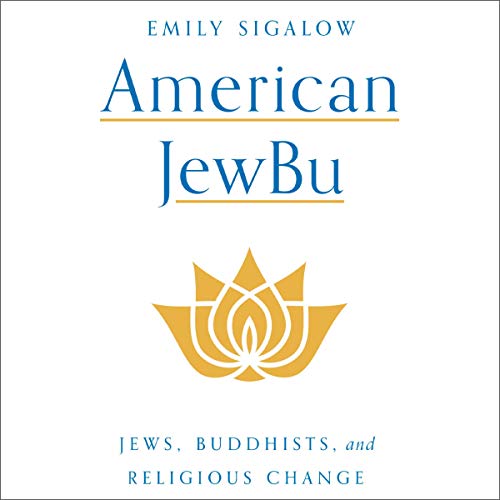 Today, many Jewish Americans are embracing a dual religious identity, practicing Buddhism while also staying connected to their Jewish roots. This book tells the story of Judaism's encounter with Buddhism in the United States, showing how it has given rise to new contemplative forms within American Judaism - and shaped the way Americans understand and practice Buddhism.

Taking listeners from the 19th century to today, Emily Sigalow traces the history of these two traditions in America and explains how they came together. She argues that the distinctive social position of American Jews led them to their unique engagement with Buddhism and describes how people incorporate aspects of both into their everyday lives.

Drawing on a wealth of original in-depth interviews conducted across the nation, Sigalow explores how Jewish American Buddhists experience their dual religious identities. She reveals how Jewish Buddhists confound prevailing expectations of minority religions in America. Rather than simply adapting to the majority religion, Jews and Buddhists have borrowed and integrated elements from each other, and in doing so they have left an enduring mark on the American consciousness.

... it is because IT IS a doctoral thesis. If you are truly interested in the topic and if you are ready to read strictly for information and not for entertainment, it is fine. The book is very we’ll researched, it is based on readings, original research and field work. Every claim, description, interview is duly documented. No loose threads, no stone left unturned. It could probably be used as a template for any doctoral dissertation. As a result it is a bit tedious to read and a bit repetitious when every chapter starts with an intro announcing what’s coming up “In this chapter I will discuss xyz ”, then she discusses xyz, and she ends with a conclusion “in that chapter I have discussed xyz.” The last chapter recaps the whole book. I hope the author was duly rewarded for the work, but for the purpose of being published and read by non-academics, she could have edited quite a lot. She could also have loosened her style which is as warm and engaging as a research report—which it is—. With that said, if you ever wondered why so many American Buddhists are Jewish, you’ll find a clear answer in the book.