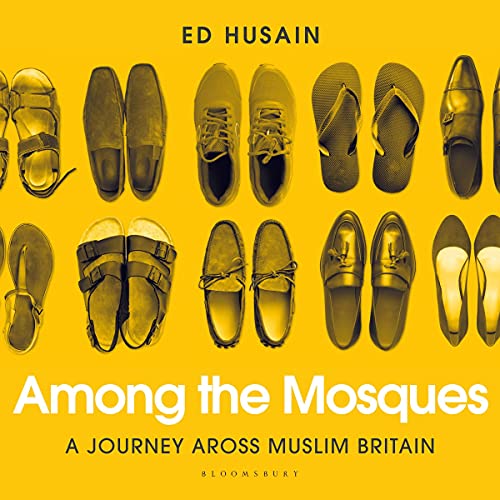 Bloomsbury presents Among the Mosques by Ed Husain, read by Akbar Kurtha.

Islam is the fastest growing faith community in Britain. Domes and minarets are redefining the skylines of our towns and cities as mosques become an increasingly prominent feature. Yet while Britain has prided itself on being a global home of cosmopolitanism and modern civilisation, its deep-rooted relationship with Islam - unique in history - is complex, threatened by rising hostility and hatred, intolerance and ignorance.

There is much media debate about embracing diversity in our communities, but what does integration look like on the ground, in places like Dewsbury, Glasgow, Belfast and London? How are Muslims, young and old, reconciling progressive values - of gender equality, individualism, the rule of law and free speech - with literalist interpretations of their faith? And how is this tension, away from the public gaze, unfolding inside mosques today?

Ed Husain takes his search for answers into the heart of Britain’s Muslim communities, opening the door to the country’s mosques - a realm that is beside us yet unexplored, surrounded by an unseen barrier. Travelling the length and breadth of the country, Husain joins men and women in their prayers, conversations, meals, plans, pains, joys, triumphs and adversities. He tells their stories here in an open and honest account that brings the daily reality of British Muslim life sharply into focus - a struggle of identity and belonging, caught between tradition and modernity, East and West, revelation and reason.

What listeners say about Among the Mosques

The best of this book is simply Ed wandering around chatting to people and drawing out the contrasts between Muslim communities around the UK.
But at times I wished he'd stuck around long enough to delve deeper and the final part is embarassing, with the author trying way too hard to draw conclusions from his experience, but just spouting an oddly positive take on British cultural exceptionalisim that reads like a tedious opinion piece in a broadsheet newspaper.