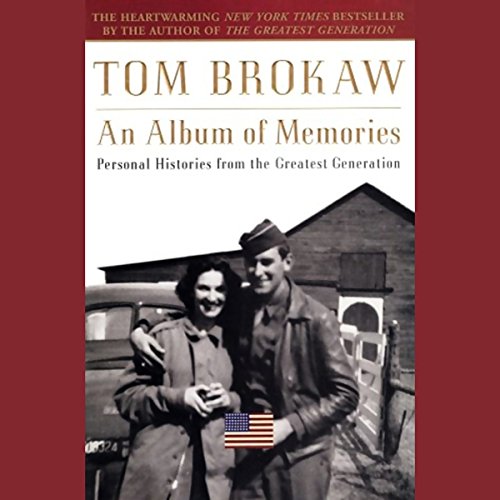 An Album of Memories

In this memorable audio, history comes alive and is preserved in people's own words through reflections on World War II. A young soldier writes his parents about the horrors he witnessed firsthand at Buchenwald. A black nurse tells of her encounter with wartime segregation. Other members of the Greatest Generation describe their war - in such historic episodes as the D-Day invasion, the Battle of the Bulge, and the dropping of the bomb on Nagasaki - as well as their lives on the home front. Starting with the Depression and Pearl Harbor, moving on through the war years in Europe, in the Pacific, and at home, this unique audiobook preserves a people's rich historical heritage and the legacy of a nation's heroism in war and its courage in peace.

A beautiful addition to Brokaw's other books about the Greatest Generation. I highly recommend this product.

Great to hear from the Greatest Generation

So many remained quiet about their service and experiences for so long. They gave so much for all of us. Bless them all.