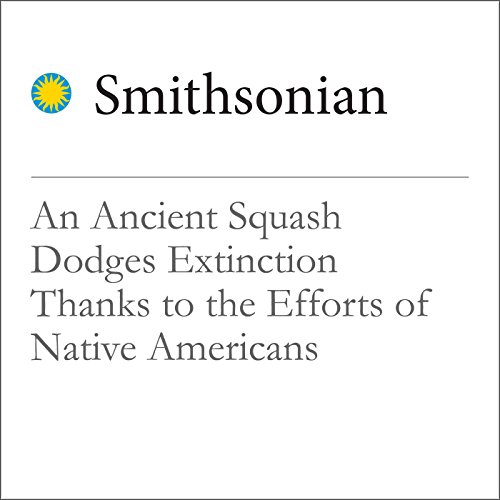 Last year, Eighth Day Farm in Holland, Michigan, planted some squash seeds they were given, not knowing what they would produce. When the plants eventually grew in as bright orange, two-foot-long squashes, farmer Sarah Hofman-Graham invited Michigan Radio reporter Rebecca Williams over for some soup. The squash "tasted sweet and mild," Williams reports for Michigan Radio.

"An Ancient Squash Dodges Extinction Thanks to the Efforts of Native Americans" is from smithsonianmag.com, published on June 27, 2016.