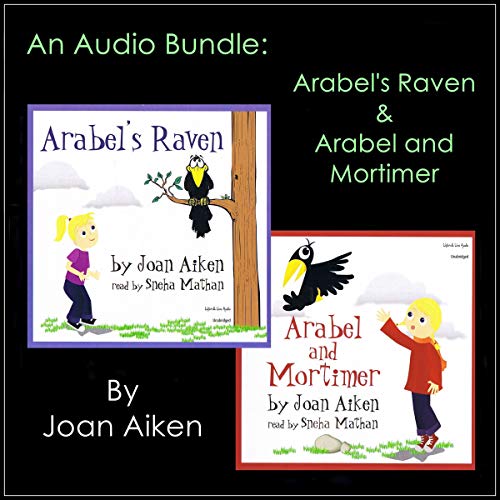 Young Arabel's life is changed forever when her father, a taxi driver, brings home an injured bird he finds in the street. This wacky raven eats everything in sight, answers the telephone by squawking "Nevermore!", and causes chaos wherever he goes - but Arabel loves her new feathered friend, whom she names Mortimer. Set in a small, quaint village outside London more than half a century ago, these high-spirited, engaging stories will bring great pleasure to young listeners with their uniquely hilarious and witty situations. Fans of these classic stories will picture an adorable raven squawking "nevermore" every time they hear a phone ring, and the thought of this crazy bird will forever be a delightful reminder!

Joan Delano Aiken (September 4, 1924 - January 4, 2004) was an English novelist born in Rye, East Sussex, into a family of writers, including her father, Conrad Aiken (who won a Pulitzer Prize for his poetry), and her sister, Jane Aiken Hodge. She worked for the BBC and the UNIC before she started writing professionally, mainly children's books and thrillers. For her books she received the Guardian Award (1969) and the Edgar Allan Poe Award (1972).

Sneha Mathan is a voice-over artist and audiobook narrator who lives in Seattle. She has received AudioFile magazine's Earphones awards for her work in audiobooks.

What listeners say about An Audio Bundle: Arabel's Raven & Arabel and Mortimer