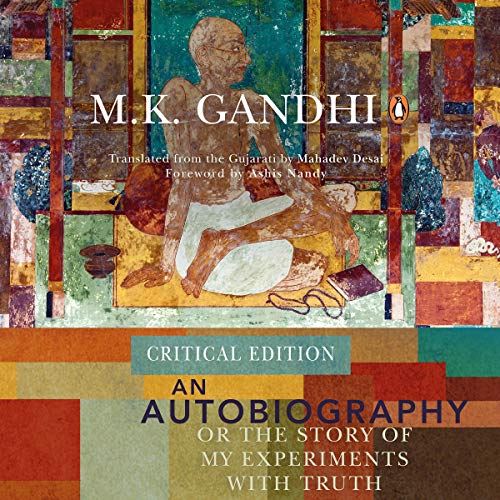 An Autobiography or the Story of My Experiments with Truth

Mohandas Karamchand Gandhi, one of the greatest men to walk this earth, begins the story of his life with descriptions of his childhood in Porbandar and Rajkot in Gujarat, his schooldays, his early marriage, the lessons he learnt when he tried stealing, told lies and smoked cigarettes, and his unshakable devotion to his parents. He then tells us of his journeys abroad, first to England and then to south Africa, and narrates in simple, lucid language his transformation from a shy, diffident young man with a chronic fear of public speaking to a fearless lawyer and leader of men who took on the might of the British empire.

Encouragement to achieve greater humanity and our best selves and our best societies. It seemed to relate to our current political struggles and offer hope and ideas. Thank you to everyone who brought this production into the lives of so many!

Well worth a Listen

Love Gandhi's writings. His experiments are , for me, of great inspiration. Very interesting read about truth, civil disobedience and a journey towards Ahimsa.