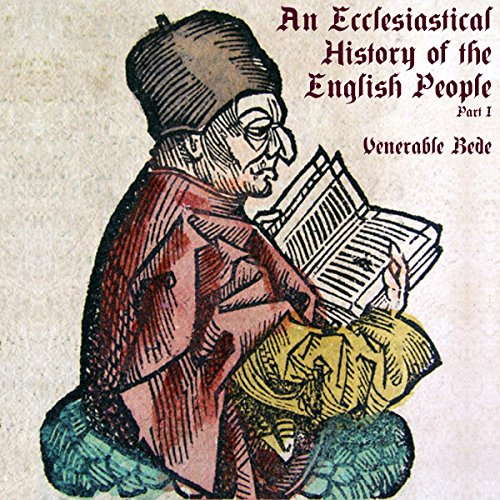 An Ecclesiastical History of the English People, Part I

Book One of a history of the Christian churches in England, of England generally, and of Anglo-Saxon culture. It is the best known work of Venerable Bede, an English monk from northern England, and includes Julius Caesar's invasion in 55 BC, an account of Christianity in Roman Britain, the martyrdom of St. Alban, and the story of Augustine's mission to England in 597 that brought Christianity to the Anglo-Saxons. The work is believed to have been completed in 731.

What listeners say about An Ecclesiastical History of the English People, Part I

This is only a brief portion of the full work.

The world needs an audiobook of Bede's Ecclesiastical History, the incomparable eighth-century account of the early history of the English people, but this isn't it. First, note that this is not the entire work, but only the first of five parts. Since the whole book runs only to 340 pages (in my Penguin edition), five credits seems an outrageous price to eventually obtain the whole thing. This part runs only 2:40, but costs the same as a full audiobook. If this problem were fixed, would it be worthwhile? Yes, although two other factors weaken it. It is abridged (I'm not sure how heavily, but some sections of the preface were missing), and it is read from an old (1904) translation. This is not a major problem, though it is a bit stiff. The reader manages to present some complex sentences with great clarity, once you get used to his dour tone.