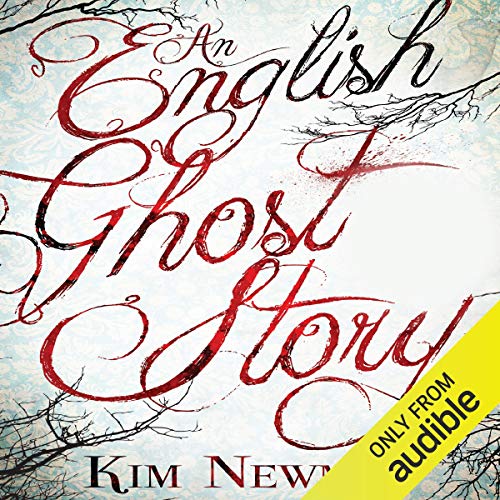 A dysfunctional British nuclear family seeks a new life away from the big city in the sleepy Somerset countryside. At first their new home, The Hollow, seems to embrace them, creating a rare peace and harmony within the family. But when the house turns on them, it seems to know just how to hurt them the most threatening to destroy them from the inside out.

Kim Newman is a well known and respected author and movie critic. He writes regularly for Empire Magazine and contributes to The Guardian, The Times, Time Out, and others. He makes frequent appearances on radio and TV. He has won the Bram Stoker, International Horror Guild, British Fantasy, and British Science Fiction Awards and been nominated for the Hugo and World Fantasy Awards.

"That oh-so-unassuming title does not equip you for the journey you're about to undertake. Immersive, claustrophobic and utterly wonderful" (M.R. Carey, New York Times bestselling author of "The Girl With All the Gifts")
"Kim Newman gets inside your head like pollen off a field of wildflowers; the pleasant idyllic turns full of suffocating dread. Thoroughly enjoyable, master storytelling." (Lauren Beukes, bestselling author of "The Shining Girls")

What listeners say about An English Ghost Story

Riffin' on the Classics

In the hands of a mere mortal, this story would be average, just average, really average, assuming it didn't just disintegrate outright. Kim Newman makes me love and hate this story at the same time, and I honestly can't decide which. Even so, I have to brand this a success.

Picture, if you will, the classic Victorian era ghost story, ramped up with 20th century horror movie elements designed to creep out modern audiences without being truly scary. It's a psychological carrot that lures you in with sheer atmosphere before the really dastardly stuff begins. Newman is a walking encyclopedia of horror and pop culture, and he uses it to full advantage. His writing style is excellent, per usual. He makes you love the ghosts. He makes you love the Hollow. It feels like a great place to live, completely backwards of nearly every other haunted house. Usually only the characters believe it's wonderful, and the reader knows better. Newman makes you feel it too, even when you know better.

The odd thing is this. The family being haunted is dysfunctional by its very nature, which makes this a refreshing modern take on the old tried-and-true, however... I wanted to slap every member of that family. They were SO well written as to be juvenile and/or borderline obnoxious at times; again, it's a hallmark of just how good Newman is. These characters play out like the instantly identifiable protagonists you might find in a lesser YA novel, only three-dimensional and fully-formed. They have everyday, real world problems and attitudes to match. As a result, I found myself cheering on the ghosts in much the same way I cheered on Jack Nicholson in Kubrick's version of The Shining. It sounds wrong, but there it is.

And the ghosts didn't disappoint. As predictable and lamentable as the people can be, the ghosts keep you guessing. These ghosts are able to find and use the inner demons of their targets with laser precision. For me, that's the selling point of this story. Had I not already been a fan of Newman, I might have given up in the first third of the story because I truly cannot stand the main characters. But I knew what to expect out of this writer, and true to form, it's ultimately worth it to keep going. The story gets disjointed and psychologically screwball as the hauntings mount up, and there are most assuredly scenes that will haunt long after the story has ended. In short, classic Newman.

An English Ghost Story? Not even close, a total disappointment, very juvenile. Mixed up story, not coherent and didn't hold my interest at all. I plan on returning. Sorry - but I will say the narrator was very good but she just needed a more substantial story.

Perfectly fun ghost story for the fall season! Not particularly scary but creative and easy to listen to.

You want a ghost story? - here's a good one.

What made the experience of listening to An English Ghost Story the most enjoyable?

There were all horrible! And supposed to be, that's part of the enjoyment of the book.

Which character – as performed by Emma Fenney – was your favourite?

No favourite characters, it's not really that sort of book, but I did like her narration.

Having read some reviews on here and goodreads it seems some people didn't get that one chapter is the story of the ghosts from the pov of a writer of childrens books who had lived in the house previously. Not sure how they missed that, as the fact that it's that author's house is a key part of the plot, but there you go.

A first go at this

First book in my audible experience, and a damn wicked one it was. Absolutely enchanting.

Oh dear. Why ever did they bother?

What would have made An English Ghost Story better?

I'm not sure what would make it better. I've just finished listening and spent much of the second two thirds of the story shaking my head in wonder that anyone could possibly have set out to write so much unadulterated nonsense! So far as that goes the author succeeded marvellously, it's an outstanding achievement, but I wouldn't recommend you repeat my experience. The reader is to be commended for maintaining admirable self-control, she didn't laugh out loud even once.

Would you listen to another book narrated by Emma Fenney?

If you could play editor, what scene or scenes would you have cut from An English Ghost Story?

The second two thirds of the novel. perhaps, on second thought, cut the first third too.

well written, however, I wish he was more involved with the horror aspect earlier on in the book. it just seemed to drag in some parts.