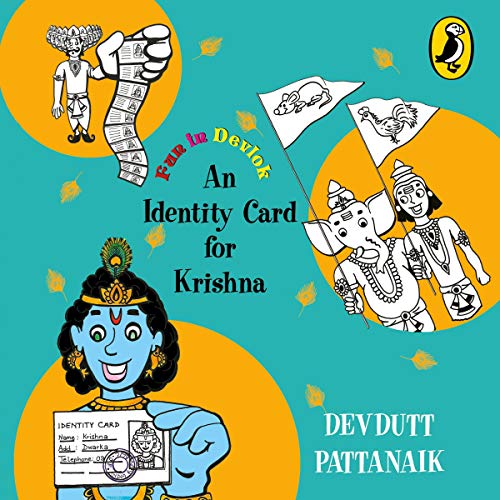 Why are identity cards important, even for gods? How can you tell a Deva from a Manava? How would you find a particular god in a crowd of gods?

One day, when Krishna wanted to board an aeroplane, he was not allowed to! All because he did not have an identity card. Then his friends Garuda and Sesha took him to meet Lata-kumari in Guwahati, who told him the story of Anasuya and the Ashwini twins, and why Rishi Chavan made a rule that all gods should carry a dhvaja a flag with each god's very own symbol. Did Krishna get his identity card so he could ride the aeroplane finally?

What listeners say about An Identity Card for Krishna