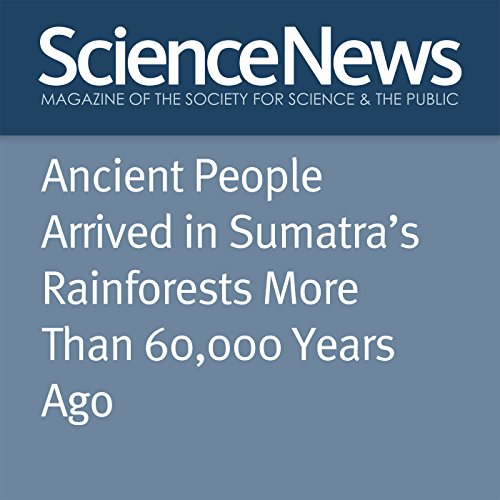 Ancient People Arrived in Sumatra’s Rainforests More Than 60,000 Years Ago

Humans inhabited rainforests on the Indonesian island of Sumatra between 73,000 and 63,000 years ago — shortly before a massive eruption of the island’s Mount Toba volcano covered South Asia in ash, researchers say.

"Ancient People Arrived in Sumatra’s Rainforests More Than 60,000 Years Ago" is from sciencenews.com, published on August 9, 2017.