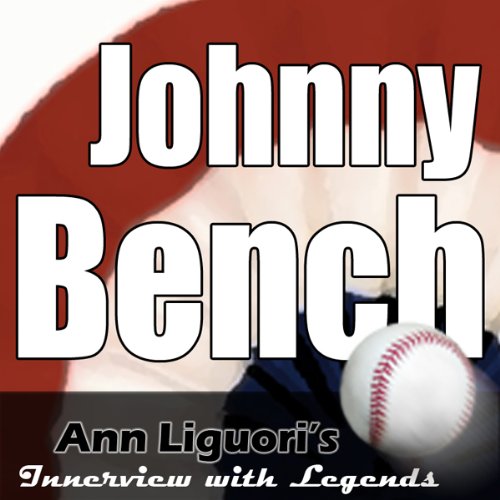 Johnny Bench, a 14-time All-Star, made his name playing for the Cincinnati Reds from 1967 to 1983. Johnny Bench is widely considered one of the greatest baseball catchers of all time. The Reds' 1975 and 1976 World Series champs were known as "The Big Red Machine," and Bench was key in the team's success.

Catch Johnny Bench at ease in Palm Springs, discussing everything from his baseball career to his golf game.

Johnny is interviewed by Ann Liguori, award-winning luminary in sports broadcasting with a celebrated career that spans two decades. Liguori has interviewed some of the most legendary sports personalities, drawing out their success stories, their opinions on a variety of issues, and their love of the game.

Part of Ann Liquori's Audio Hall of Fame series, the Johnny Bench interview is a classic piece of sports history and a charming bit of memorabilia for any serious baseball fan. Bench is a 14-time all-star and one of the greatest catchers of all time. Ann Liguori is known for her top-notch sport reporting and, after listening to this recording, it's easy to see why. Liquori's casual rapport with Johnny Bench brings out the best in him and these 20 minutes are filled with fun anecdotes and amusing bits of baseball lore.