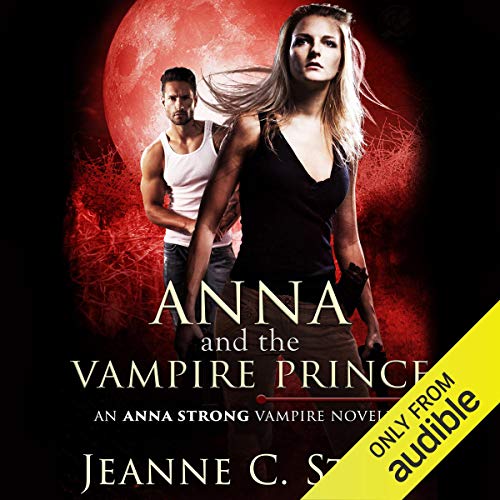 Saving her family means saving the world. Vampire Anna Strong should be enjoying life with her new husband, Frey, but she's too devastated by the loss of her mother to focus on much else. That is, until her niece's best friend is kidnapped, and Anna leaps into action. Angry citizens blame the recent rash of kidnappings on France's immigrant population and threaten retribution that could upset the economy of the entire nation. If Anna is going to save the girl and her family vineyard, she'll need the help of one of the oldest vampires in existence - her good friend Vlad. Vlad and Anna set out to solve the kidnappings and save Southern France, but they soon discover the stakes are higher than they imagined. If they fail, it could be the end of the world as they know it.

What listeners say about Anna and the Vampire Prince

BOOK REVIEW.....
Boring. Not worth time or money. The story is lame.

NARRATOR REVIEW.....
Narrator kind of sucked on most of the voices.

Anna Strong teams up with the vampire prince Vlad to thwart the evil threatening to overthrow humans and rule the world. Great little short story!!

Would you listen to Anna and the Vampire Prince again? Why?

I love how the author has entertained Vlad Dracul into the series. Possible love interest in the future. *Spoiler*

What other book might you compare Anna and the Vampire Prince to and why?

I have been a fan from the beginning so, I'm always looking forward to a new book.
This turn has is a goog one for the future.

Interesting for sure. I really like the way the series is going. It needed a twist.

Veena Perlman is Anna Strong. Her other characters are clear and consistent. You can really hear each character are individual.