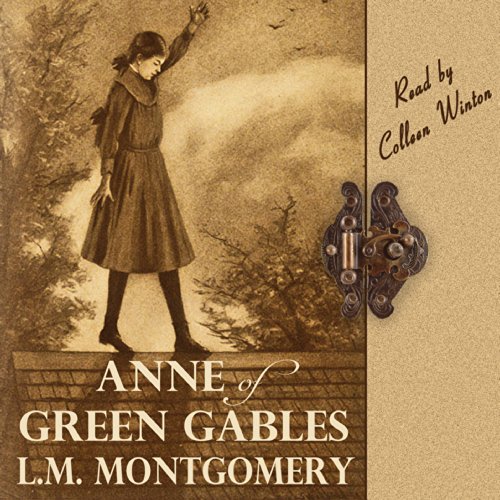 Anne, a young orphan from the fictional community of Bolingbroke, Nova Scotia (based upon the real community of New London), is sent to Prince Edward Island after a childhood spent in strangers' homes and orphanages. Marilla and Matthew Cuthbert, siblings in their 50s and 60s, had decided to adopt a boy from the orphanage to help Matthew run their farm. They live at Green Gables, their Avonlea farmhouse on Prince Edward Island. Through a misunderstanding, the orphanage sends Anne Shirley. Anne is described as bright and quick, eager to please, talkative, and extremely imaginative. She has a pale face with freckles and usually braids her red hair. When asked her name, Anne tells Marilla to call her Cordelia, which Marilla refuses; Anne then insists that if she is to be called Anne, it must be spelled with an e, as that spelling is "so much more distinguished". Marilla at first says the girl must return to the orphanage, but after a few days she decides to let her stay. Marilla feels that she could be a good influence on the girl and had also overheard that another disagreeable woman in town might take Anne in instead.

"With its great production quality and an array of expression and voices from Winton, this is an excellent new version of a beloved classic." ( AudioFile 2014) "The excellence of the performance is in the details. When the book says that Anne's friend, Diana is the kind of girl who always laughs before she speaks, Winton is sure to give a bit of a laugh before Diana's dialogue throughout the entire audiobook. It's the added thoughtfulness that really makes the narration stand out. And of course, all the standard marks for a good narration apply: there are distinct voices for each character and the tone of the exposition is reflected in Winton's voice." ( The Reader's Refuge, 2014.)

What listeners say about Anne of Green Gables

This was a well preformed presentation. The book is s classic for young girls, but definitely dated. There are many more books in this series and this first one sets the stage for the following books. I would recommend it but with some reservation for today's readers.

Overall a very good recording, I enjoyed the narrators delivery. But every so often the volume changes most likely from different recording sessions, it's not a big deal just a bit annoying sometimes.