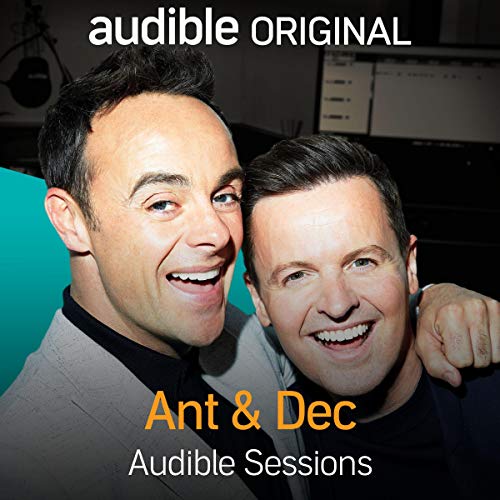 Joining us for a chat are duo Ant and Dec, Britain's most popular TV presenters, who have stolen the hearts of viewers with their boyish charms for 30 years. They have recently penned their autobiography, Once upon a Tyne.

Ant and Dec met on CBBC's Byker Grove and an instant friendship was formed, on and off screen. They moved from acting to music, releasing three albums as PJ & Duncan, including their still popular hit, 'Let's Get Ready to Rhumble'. From there, presenting children's TV with shows such as SMTV and Gimme 5 was the next step in their journey towards international renown. Next came primetime slots, with the duo presenting shows such as Ant & Dec's Saturday Night Takeaway, Britain's Got Talent and I'm a Celebrity...Get Me Out of Here! Their latest autobiography looks at their incredible careers so far, from the very beginning, through each show they've made and their highlights along the way. It tells us the true story of their unending friendship, though good times and difficult ones, which is something we can all relate to.

In this interview, we'll be chatting to Ant and Dec about their longstanding careers, their personal highlights and which I’m a Celeb challenge grossed them out the most.

What listeners say about Ant & Dec

Good listening took me back in time and I know all the places mentioned .easy listening

it was very funny. I have their book and will be reading and listening the same time

I Look forward to listening to the book very soon! The interview was great very funny and the book sounds very exciting!

Great book if your a fan of they boys. Definite treat listening to them, you get more than you would from reading the book. Note the book is about there showbiz life not personal life.