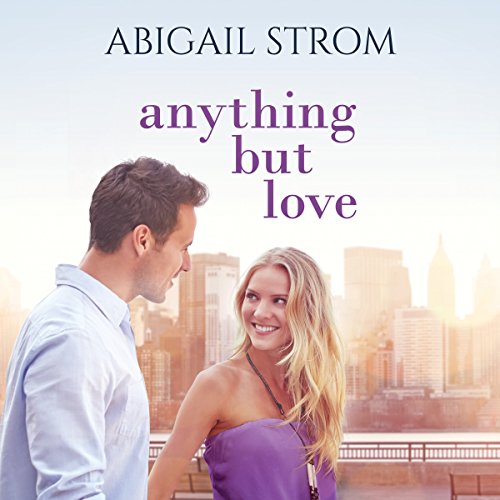 Socialite Jessica Bullock can't catch a break. After a lifetime of chasing perfection, hoping to please her parents, all her hard work is set to pay off. But on her wedding day, her fiancé leaves her high and dry. Humiliated, she finds her calm, cool facade beginning to crumble...until an unexpected wedding guest, her childhood best friend and crush, offers to help her pick up the pieces.

Never in his wildest dreams would Ben Taggart have imagined he'd be escorting Jessica on her honeymoon to Bermuda. Although they haven't seen each other in years, he can't leave her to fall apart. Agreeing to keep things platonic, they vow to make the most of their spontaneous vacation - until an unplanned kiss sparks a powerful passion.

They tell themselves that what happens in Bermuda will stay in Bermuda. But when old secrets are revealed and new feelings ignite, will Ben and Jessica be able to leave their romance behind?

I really enjoyed this book. I liked the story line and the way the characters interacted while going through a messed up situation. Abigail Strom did a good job making the characters have realistic feelings in the unusual setting. As usual, Teri Schnaubelt does an amazing job narrating the story, giving us insight to the characters through her voice. I will be on the lookout for more from Abigail Strom and Teri Schnaubelt.
I was given this audio book in exchange for an honest and unbiased review.

Yes I would recommend this book.It was a great listen. The narrator is so pleasant to listen to. Jessica had so many problems and Ben was the guy to fix them.

What other book might you compare Anything but Love to and why?

Do not know of any book to compare it to. It was such a wonderful read. Great characters.

What does Teri Schnaubelt bring to the story that you wouldn’t experience if you just read the book?

Teri Schnaubelt brings the feeling to this book. She does not over play the parts and does it just perfectly. She has become my favorite narrator.

I laughed at Jessica and loved Bens patience with her.

This audiobook was provided by the author/narrator/publisher free of charge in exchange for an unbiased review.

the story, the characters, the emotion, the narration, all fabulous, I don't usually read/listen to a book more than once, but I will with this one! I loved it.

Where does Anything but Love rank among all the audiobooks you’ve listened to so far?

I like Jessica's metamorphosis, but Ben was pretty cool also.

Have you listened to any of Teri Schnaubelt’s other performances before? How does this one compare?

This is the first time I have listened to Teri. She did a terrific job, timing was good,

Jessica's character did some growing during the book, and we got good information on Ben so he wasn't just a person that showed up. We really didn't get to know the ex-fiance even though he makes an appearance towards the end of the book, but that is really neither here nor there since he plays such a small part.

Overall the writing was good, the protagonists faced their hurdle and came together. My biggest issue with the book was Jessica's reaction when her fiance decides to not marry her. I understand that she is proud of him and the decision he made, even if last minute, but once she was behind closed doors why didn't she fall apart. If she had the story wouldn't have continued the way it did.

There was a heavy subject that was touched on, I think Ms Strom did a good initial handling of it. I recommend the book and will read other books by Ms Strom.

I liked the friends who re kindled their relationship and the great love they found.

I admired Jessica for moving on after what happened at the beginning of the book.

I was proud of her not cowering in front of her parents, but instead for once, doing what she wanted to do.

Going on her "honeymoon" with Ben (who isnt her groom) and finding herself was beautifully written.

I also admired Ben for being there for Jessica.

They were childhood friends, until one day Jessica just cut him out of her life.

He didn't give up on her, helped her get on her feet after the scene with her fiancée, he knew she would need a friend and he was there for her.

What does Teri Schnaubelt bring to the story that you wouldn’t experience if you just read the book?

She narrated Ben in a great way. He is one of those heroes who needs to come to life and Teri did that.

Could you see Anything but Love being made into a movie or a TV series? Who should the stars be?

Anything but Love is the perfect book to make into a movie.

It has all the elements: a (somewhat) jilted bride, friends re kindling their relationship, a vacation where true feelings are reveled and a very satisfying HEA.

This audiobook was given by the author, narrator, or publisher at no cost in exchange for an unbiased review via Audiobook Boom.

This was such a cute story. Teri just brought the characters to life. Pretty much listened in one sitting.

had a difficult time concentrating on this one, not great, worth a quick read but just ok

Very enjoyable! I really liked this book by an author I haven’t read before! I will defiantly read her again!

great narrator, loved the story line, I wasn't expecting the challenges the main characters faced. I liked the description of the solution/resolutions.

you should read this!

I listened to this book with Kindle Unlimited.
This is a cute story. The narration was okay.
However, there was no real storyline or plot and the events that happened throughout the book were predictable.

Jessica and Ben were best friends in Elementary and Middle school. When Jessica and Ben started high school, she decided to stop being his friend without explanation. Now he's being invited her wedding and made to go by his mother. No one expects what happens at Jessica's wedding and for some reason, Ben decides that he is going to be her savior.

Touched on a lot of true to life happenings , well written and I also give credit to the narrator she got it just right .