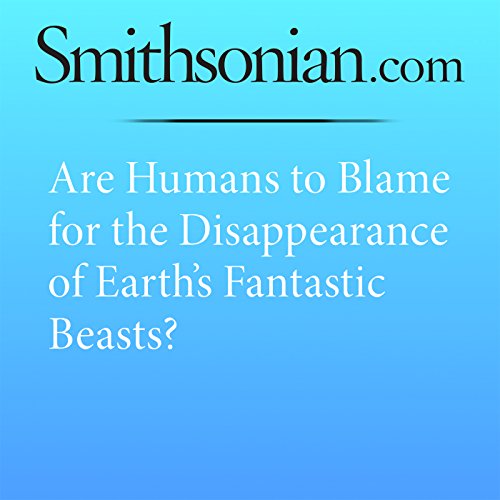 Are Humans to Blame for the Disappearance of Earth’s Fantastic Beasts?

Turn the clock back 1.8 million years, and the world was full of fantastic beasts: In North America, lions, dire wolves and giant sloths prowled the land. South America boasted camel-like creatures and giant 4,500-pound bears. Eurasia had rhinoceroses and cave hyenas, while Australia teemed with giant wombats and 7-foot-tall flightless birds. Across all those continents and many islands were massive, long-nosed creatures that included the notorious woolly mammoths and mastodons.

"Are Humans to Blame for the Disappearance of Earth’s Fantastic Beasts?" is from smithsonianmag.com, published on July 31, 2017.

What listeners say about Are Humans to Blame for the Disappearance of Earth’s Fantastic Beasts?