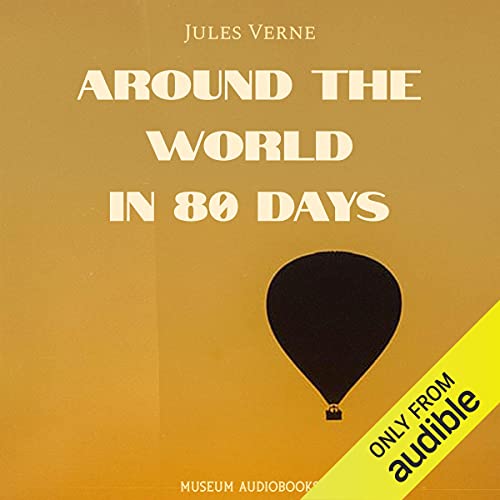 Around the World in Eighty Days (1873) is an acclaimed adventure novel by Jules Verne. It relates the adventures of Phileas Fogg and his French valet Passepartout as they attempt to circumnavigate the world in 80 days. From London, they go to the Middle East, and through the Suez canal on the way to Bombay. In India, they experience a series of adventures and gain a third travel companion, after which a detective pursues them to China. Separated in Hong Kong, Yokohama sees them united again. After crossing the Pacific, they attempt to cross North America by train, with disastrous results. They surmount incredible obstacles in New York City and on the transatlantic trip, and then the challenge gets even more formidable. Around the World in Eighty Days with its steam ships, boats, trains, elephant, and wind-powered sledge remains a classic more than 150 years later.

What listeners say about Around the World in 80 Days