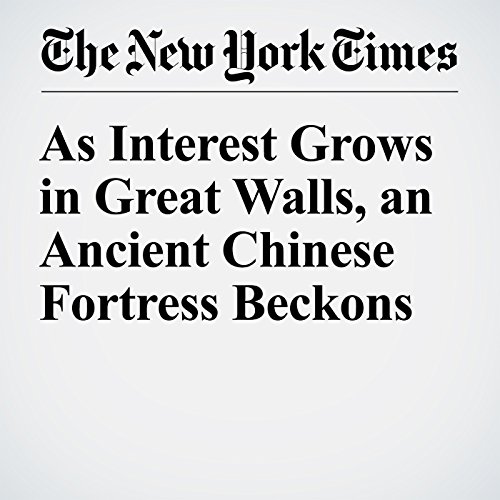 For more than 600 years, Jiayuguan, translated as Jiayu Fort or Jiayu Pass, has been the anchor of the westernmost point of the Ming-era Great Wall, a series of monumental ramparts that stretches a winding, mountainous 5,500 miles from here to the Yalu River, on the North Korean border.

"As Interest Grows in Great Walls, an Ancient Chinese Fortress Beckons" is from the December 28, 2016 World section of The New York Times. It was written by Edward Wong and narrated by Kristi Burns.