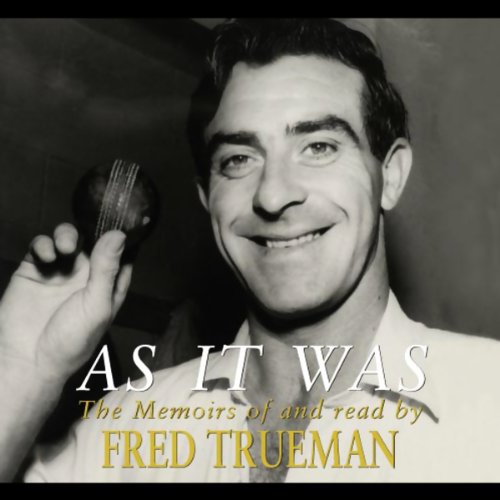 Fred Trueman was a national treasure, a legend not only to cricket fans the world over but also to those who only ever took a passing interest in the game. As one of the greatest fast bowlers in cricketing history, Trueman's dazzling performances raised the spirits of a nation and struck terror in the hearts of even the most formidable of opponents.

In this audiobook, Trueman tells the full, definitive story of his life in his own inimitable fashion. From his village childhood to his debut for Yorkshire at the tender age of 18, to his international test triumphs and his other and equally successful careers as a commentator, stalwart of BBC Radio's Test Match Special, raconteur, and after-dinner speaker, Freddie recalls, with characteristic honesty, the highs and lows of his public and private life.

This audiobook is bursting with riotous anecdotes, trenchant opinions on the game he loved, and genuine warmth.

"Trueman's 2004 publication As It Was was probably the best of his autobiographical ventures." ( The Independent)

What listeners say about As It Was