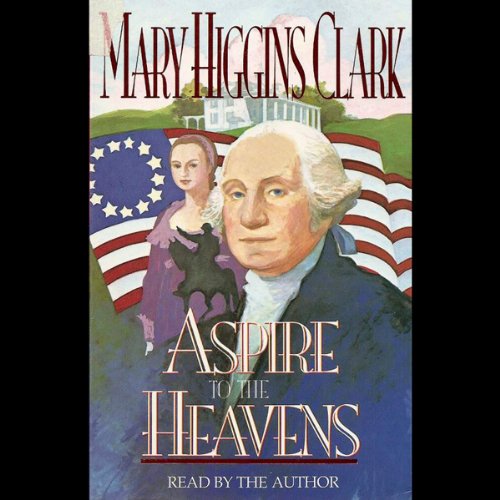 Aspire to the Heavens

The man who grows up in the shadow of a difficult mother and loses his father at an early age comes to life in this biographical novel written by acclaimed suspense writer Mary Higgins Clark.

Strongly influenced by the gentility and generosity of spirit of the older brother from whom he eventually inherits his beloved Mount Vernon, the young George Washington matures into a devoted and able public servant in both the military and political arenas. Though marked by tragedies and disappointments, his domestic life offers him well-earned solace and satisfaction, especially after his marriage to the young widow, Martha "Patsy" Custis.

The humanity and humor behind the "pious legend" emerge from this story of the man who managed to enjoy a rich and fulfilling life while always in pursuit of the motto of his mother's family: Aspire to the Heavens.

What listeners say about Aspire to the Heavens