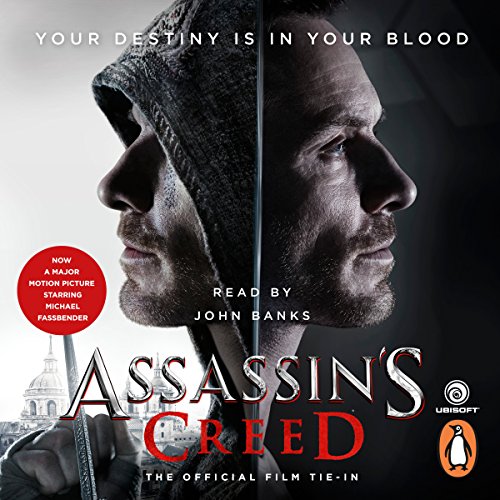 We work in the dark to serve the light. We are assassins.

Through a revolutionary technology that unlocks his genetic memories, Callum Lynch experiences the adventures of his ancestor, Aguilar, in 15th century Spain. Callum discovers he is descended from a mysterious secret society, the Assassins, and amasses incredible knowledge and skills to take on the oppressive and powerful Templar organization in the present day.

What listeners say about Assassin's Creed: The Official Film Tie-In

Loved the movie but couldn't stand this. Tried to like so much but gave up.

just loved the whole story beginning to end. it kept me listening for hours on end

loved it! had to relisten a few times because his voice is so mesmerising it put me to sleep 😍