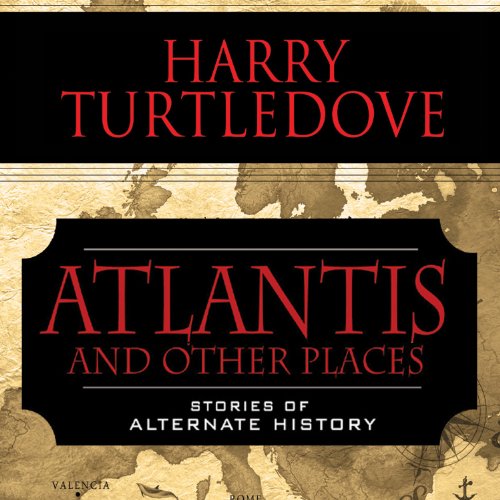 A famous naturalist seeks a near-extinct species of bird found only on the rarest of lands in "Audubon in Atlantis." A young American on a European holiday finds himself storming an enchanted German castle in "The Catcher in the Rhine." The philosopher Sokrates plays a key role in the Athenian victory over the Spartans in "The Daimon." Centaurs take a sea voyage aboard "The Horse of Bronze" to a land where they encounter a strange and frightening tribe of creatures known as man. London's most famous detective, Athelstan Helms, and his assistant, Dr. James Walton, are in Atlantis investigating a series of murders in "The Scarlet Band." Atlantis and Other Places includes these and seven more amazing stories of ancient eras, historical figures, mysterious events, and out-of-this-world adventure from the incomparable Harry Turtledove.

What listeners say about Atlantis and Other Places

OK YOU SHOULD GIVE REFUNDS FOR THIS AB

OK so its marginal at best and I force my self to listen while at work, IMPORTANT SAFETY NOTE DONOT LISTEN TO THIS BOOK WHILE DRIVING! You'll quickly fall asleep, second worst audiobook ever bought what a waste of credits/money...you should give refunds