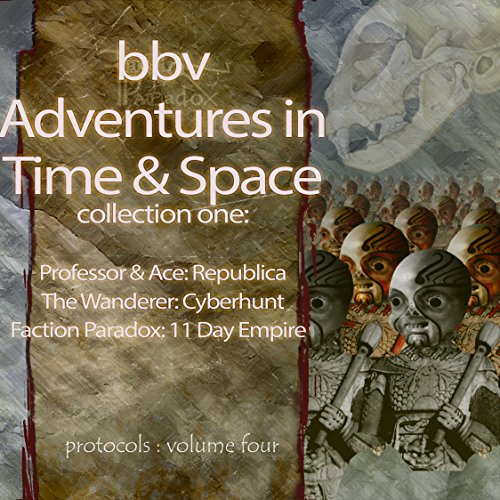 Post-Production and Music by Alistair Lock

The Professor and Ace arrive in present-day London to find the city strangely changed. England is a republic.

A Cyber War rages throughout the galaxy. The Earth-aligned worlds are fighting for survival against the cold, emotionless might of the Cyber Bloc - an alliance of planets whose inhabitants have undergone cybernetic conversion in the name of racial superiority.

Even before the outbreak of the “War in Heaven”, Faction Paradox was regarded as the most unpredictable (and opportunistic) of the time-active powers

What listeners say about Audio Adventures in Time & Space, Collection One