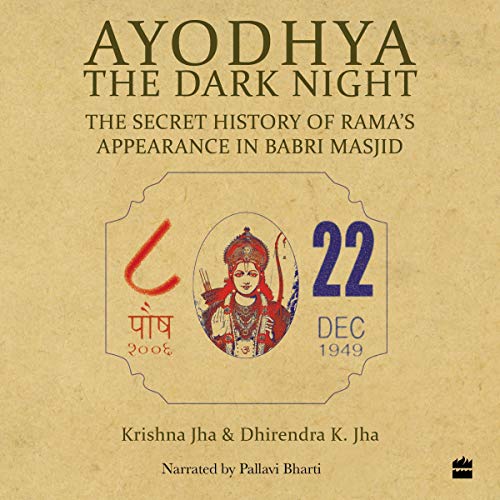 22 December 1949: A conspiracy that began with the assassination of Mahatma Gandhi culminated in the execution of the Ayodhya strategy. Late that night, a little-known sadhu, Abhiram Das, and his followers entered the Babri Masjid and planted an idol of Rama inside it. While it is known that the Hindu Mahasabha had a role in placing the idol in the mosque, the larger plot and the chain of events that led to that act have never been subject to rigorous scrutiny. Krishna Jha and Dhirendra K. Jha bring together the disparate threads of the buried narrative for the first time. Ayodhya: The Dark Night uncovers, in vivid detail, what really transpired on the fateful night that was to leave a permanent scar on the Indian polity.

What listeners say about Ayodhya

It's a factual document of Post independence events how our political parties exploited communities in their vested interests.