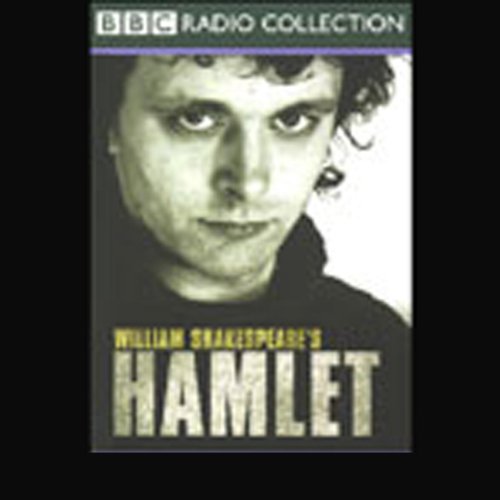 Those decades of experience come to fruition in this production. The intimacy of radio gives full rein to the power of Shakespeare's language, taking the listener into the very centre of Hamlet's emotional and moral turmoil.

For use in my English class

Would you consider the audio edition of BBC Radio Shakespeare to be better than the print version?

No, but I think that reading the play while listening to this enhances the experience, for this fully dramatized version has different actors for all the parts and the sound effects enhance many of the Acts, especially the final battle.

I use this audio version in my classroom, and it really helps my students to follow along with the audio as we read the play. The performance is the best version of Hamlet I have heard.

This is a very good reading of Hamlet and any lover of the material will enjoy it. I especially loved Michael Sheen's characterization of the melancholy dane. He was unstable, angry and emotional. In my opinion, this is exactly how Hamlet SHOULD be played. As I listened I could visualize everything in my head as though I were watching it on a screen. In fact, I am now eager to see Michael Sheen play Hamlet on stage (apparently he will be doing so in London in 2011). I recommend this audiobook version of Hamlet to all Hamlet fans.

An Excellent Version for Students

I used this audiobook while studying the play for a university course and found that reading along with the audiobook added depth and understanding to the text.

high marks for this version

I've recently listened to several of the plays and this Hamlet a few times in past couple of weeks and I have to say this is a very good version: well acted, nice production and vigorous performances that I liked for Hamlet and Claudius particularly. The man in Claudius role sounds like James Mason. All in all a good performance. & as much as I respect Gielgud his audio version here feels so slow and ponderous that I have trouble with it. I also like the Branagh film version very much with a couple of caveats, but accessible. All the plays can be performed with such a range of approach that it is informative to pick up on a different intonation/emphasis of even a single word that makes you think, wait a minute, I never realized that aspect before, or that's a new approach. Literally a "poem unlimited."

One of the Best

An excellent, well-rounded production. The language was natural to the performers which made it very easy for me to understand what was being said or conveyed, Shakespearean English notwithstanding. I’ve watched or listened to many Hamlets. This is truly one of the best!

Hamlet holds a special place in my goth little heart and I really think this is far and away my favorite adaptation Of any I’ve ever heard. Michael Sheen is a dream. He’s like, the perfect Hamlet. The whole cast, in fact, is just freakin splendid. I’ll be listening to this again and again.

Michael Sheen is a very good Dane - excitable and passionate. Everyone else is competent but forgettable.

I wanted to love it

But just didn't. I think most likely wasn't the material, but the medium. While there was different voices for different characters, it was hard to follow who was saying what and how the story tied together. Probably better read than listened to.

Would you consider the audio edition of BBC Radio Shakespeare to be better than the print version?

This version of Hamlet brings Shakespeare's drama to life. Martin Sheen and a fantastic supporting cast do justice to the fact that all Shakespeare's plays were written to be performed. The actor's voices lift the word off the page.

Hamlet, not surprisingly, is the towering presence in this version as Sheen adds new meaning to familiar speeches but I also enjoyed the portrayal of Ophelia as a strong female character, making her demise all the more poignant.

Experienced actors bring new meaning and understanding to the play, which is in itself astoundingly relevant despite it's age and longevity.

Loved it! Especially useful if you are studying the play at school or University

Superb cast make this not only highly listenable but also very comprehensible. You might think that an audio-only Shakespeare play would be hard to follow, with characters entering and exiting, but this production works very well. It rattles along at a brisk pace, and grips with the layers of deceit and evil. Kenneth Cranham, as the murderous Claudius, particularly oozes with horrible charm.

Fantastic rendition of Hamlet, superb cast, very clear sound; I loved every minute of it.

Fine rendering of the play ...

I enjoyed this presentation of Hamlet immensely. Many of the actors are indeed British stalwarts and this showed clearly in this perfect rendering of the play. Kenneth Cranham made an excellent Claudius with THAT voice. The only thing I did not like was the preface - as the conclusions drawn about the play were unnecessary and many readers would disagree strongly with this person's assessment of the play's meaning.